In Canada, 100,815 people aged 15 or older, or one in 300, self-identified as transgender or non-binary, making up nearly 0.33 per cent of the population, according to a new report from Statistics Canada.

The report, which was released on Sept. 14, is part of a larger data series focusing on sex at birth and gender identity. The data was taken from the 2021 census, and marks the first time the Canadian census has collected figures on gender.

Statistics Canada’s report is part of its Disaggregated Action Plan, which was put in place as a response to the growing need to better represent historically marginalized communities. Disaggregated data breaks down a large data set into more specific groups of data, so researchers can study them in-depth.

Gathering this data helped inform the federal 2SLGBTQI+ Action Plan, which has been in the works since 2016 and formally launched this year. The Action Plan has six key goals, one of which is to strengthen LGBTQ2S+ data and evidence-based policy making.

“The 2021 census data on gender was critical to inform policy decisions and the elaboration of the Action Plan,” said Anna Maiorino, communications officer at Statistics Canada, in an interview. “The 2021 census is the only data source available with a national coverage, allowing for robust regional data.”

According to the 2021 census, the total transgender and non-binary population in Canada is 100,815. Statistics by StatCan. (Chiara Greco/On The Record)

The new census data acknowledges gender exists on a spectrum, capturing the experiences of transgender men, transgender women, and non-binary people for the first time.

The Statistics Canada report accompanying the data also states that gender representation includes two concepts: gender identity (a personal sense of one’s gender) and gender expression (external behaviours, mannerisms, and interests). The distinction between gender identity and expression were not included in any previous data.

Previous versions of the census also did not account for changes in the representation of a person’s sex or gender identity over the course of their lifetime.

Until 2018, gender did not have its own statistical standard, which means there was no set of rules defined on how gender data was collected.

Maiorino said that data like this, “Will help the federal government, provinces and territories and many others to improve inclusion in Canada, and fight against harassment and discrimination towards 2SLGBTQI+ people.”

In the 2022 federal budget, the government promised to commit nearly $100 million over five years to develop and implement the aforementioned 2SLGBTQI+ Action Plan. Of this amount, $7.7 million has been set aside to increase data collection and community-led policy research. Though the action plan was launched in August, specific initiatives have yet to be unveiled. 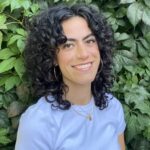 Chiara Greco was the News/Features editor for On The Record during the fall 2022 semester.

Chiara Greco was the News/Features editor for On The Record during the fall 2022 semester.

Falcon in the Sky? A new era looms for Ram in the Rye

Two weeks after being awarded their first Michelin...