When Grocery Prices Skyrocket, What’s Left for Students to Eat?

Ease in inflation not enough to keep grocery bills in check

Canada’s inflation rate eased to seven per cent in August after hitting a near four-decade high earlier this summer, data from Statistics Canada revealed Tuesday. Food prices, however, continue to climb at their fastest pace in 41 years, renewing alarms that had previously been sounded during the pandemic over food security.

The term “food insecurity” refers to a state wherein individuals do not have access to reliable or nutritional food services, but also includes those who can still purchase food and worry about other expenses or compromise the quality, or quantity, of their food.

Food prices are one of the most volatile, and can counterintuitively rise despite declining inflation rates, because they are impacted by both global and domestic events, said economist and Toronto Metropolitan University assistant professor Nicholas Li. These include agricultural disasters such as the floods in Pakistan, pandemic disruptions affecting production, and shipping disruptions such as Russia’s invasion of Ukraine which threatened one-third of the global wheat supply.

Students can be hit particularly hard by this kind of economic dynamic, especially those paying their own way, Li continued. “If you look at a typical student’s budget, it’s clear that food is making up a huge share of [it].”

Jacqui Gingras, associate professor and undergraduate program director at TMU’s sociology department, said in an email that TMU should be emulating the efforts of Concordia University, which is tackling food insecurity by hosting farmers markets, partnering with local businesses, and providing free lunch programs and emergency grocery store gift cards, among other supports.

“There is more TMU could be doing, [considering] how many students have full eight-plus hour school days on campus with only one packed lunch, if any,” said Maria Jude, a graduate of TMU’s Nutrition and Food program, “or the students living on campus working several part-time jobs with little time or money to make or buy nutritious food.”

As a way to support students facing food insecurity during the pandemic, TMU’s Students’ Union distributed food boxes while the Good Food Centre, the campus food bank, was closed (The Good Food Centre was not available for an interview at the time of publication.) As of Monday, the Centre had reopened, but it is not yet fully operational, and has more programs yet to be unveiled.

Jude says other efforts such as providing fruit in public spaces or vouchers for meals on campus “Only grazes the issue of student hunger, which is rooted in income inequity…TMU’s tuition is [another] contributing factor for impoverished students.”

Food insecurity in large cities is often the result of low wages and the cost of living expenses, especially shelter and transportation, research from the University of Toronto (U of T) shows. With students, the issue is low income coupled with rising tuition fees—the latter of which have been increasing since the 1980s, says Mustafa Koç, director of TMU’s Centre for Studies in Food Security.

“Food banks are important for immediate assistance but it’s a band aid solution, it’s not the best way of dealing with structural issues,” Koç said. He added that research indicates food banks serve only 20 to 25 per cent of food insecure individuals.

But with more and more economists predicting an upcoming recession, the pressure on employment is likely to only increase.

“Students are typically first hired, first fired. In an inflationary environment, where they can’t compromise their payments to the university or live on the street, they have to find a way to [save money] and that will be on food,” said Koç. “This is not a safe or secure time.” 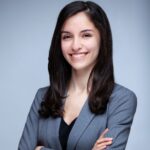 From Drake to Taylor Swift, Why Universities Are Turning to Celebrities to Teach about Society at Large