Toronto Metropolitan University (TMU), formerly known as Ryerson University, recently came out with some new merchandise as a part of their rebranding.

The new line of apparel features new sweaters, shirts and pants. While some of the merchandise is just the same design as the previous with a new embroidery, there are some pieces that took a bolder direction by going with a completely new design.

The new branding brought up mixed reactions from students.

Mikaila Taliana and Alexis Strong are both fourth-year fashion design students at TMU. They opine on some of the new sweaters that were released at the campus store. 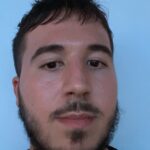 Dora Theatre Awards: The Must-watch Shows That Dominated This Year

When Grocery Prices Skyrocket, What’s Left for Students to Eat?

‘Because They Survived, I Survived’: TMU Observes Truth...

Can Students Afford Housing in Toronto?

What Are Ryerson’s Sustainability Initiatives?

Why Your Grocery Bills Are Set to Increase...

Ryerson Students Create Petition to Push Back Against...