The festival was organized to be as accessible as possible, with screenings held online and in person and a pay-what-you-can policy, which organizers say was to avoid potential financial barriers.

There was a record turnout this weekend, despite the festival being just three years old and this year being its first one in person.

“We really thought this [the festival] was a form of dialogue that we wanted to expand and get more people involved in important conversations that need to be had around aging,” said Dr. Samir Sinha, director of health policy research at the National Institute on Aging, which was the festival’s lead sponsor.

An array of French titles were screened such as Carine Tarideu’s The Young Lovers, Louise Archambault’s And the Birds Rained Down, and Francois Ozon’s Everything Went Fine. In previous years, themes included Alzheimer’s disease, sexuality in seniors, and life nearing death.

Every screening was followed by an open discussion panel moderated by directors, writers, journalists and medical professionals including former Governor General Adrienne Clarkson.

“Hallelujah”: Leonard Cohen, A Journey, A Song, directed by Dayna Goldfine and Dan Geller, was the festival’s final showing.

Clarkson described Cohen as the only “magical” person she had ever met, due to his immense spiritual wisdom and contrasting personality. The documentary focused on the singer-songwriter’s life and how he combatted the social confines of age within his career.

During his final tour in 2012 and 2013, Cohen performed hundreds of shows. He turned 79 years old before the tour’s end. The night ended with the audience joining together to sing Cohen’s Hallelujah.

“You don’t stop living just because you turn a certain age,” said Sinha.

To keep the conversation going, Ageless will provide bi-monthly screenings online and in person until the end of the year. 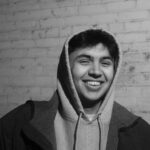 TMU to Vote on 888% Health and Wellness Fee Increase