Unvaccinated Ryerson Students to Be Removed from Winter Courses

Ryerson students who are unvaccinated against COVID-19 or whose status is undeclared are in the process of being removed from their winter semester courses that are to be held in-person.

The action from the school comes after a notice was sent to students stating those who wish to not upload their status, or get vaccinated by Dec. 15, will “be removed from any in-person winter courses, and may lose access to key Ryerson systems, such as RAMSS.”

This decision may leave up to 3,600 students at risk of being unenrolled, according to numbers released in a Ryerson compliance presentation for winter 2022. The date of this document is unknown. Out of the 3,600 students, approximately 2,000 are undeclared and 1,000 do not intend to get vaccinated.

According to a statement from Ryerson, about 300 students have been removed from their in-person courses as of last week.

One of the students facing removal is a third-year dance major attending Ryerson. On The Record agreed not to disclose her identity. Before the deadline, she submitted a request for a religious exemption to Ryerson only for it to be denied. In her request, she stated that her beliefs and morals went against procedures such as vaccinations, which she had previously explained to the school in various emails.

Aside from her religious concerns, she has other hesitations as well, which she says were also communicated to the school administration.

“I explained my living situation and I had basically said, ‘if I do get vaccinated, my parents would kick me out of the house.’ I had proof by my therapist, who I was speaking to for so long on how to deal with that stress, because I was so conflicted on what to do to prove that is an actual reality,” she said. “The school is kind of putting me in a predicament where you either choose your education, or you choose your family and your religion.”

Both of her parents had lost their teaching jobs due to similar vaccine mandates. “We have our power off right now just to save money and it’s getting really cold. And I am doing my homework in flashlight lighting. This is how severe it is,” she said.

Alexey, a second-year global management major, also submitted a request for a religious exemption for his Eastern Orthodox beliefs. His exemption was ultimately denied. On The Record agreed to not disclose Alexey’s last name.

Currently, Alexey is still attending his winter classes, which have been moved online until further notice. He believes that it’s only a matter of time before he is removed from his classes.

According to Ryerson, unvaccinated students are still able to complete courses which have been deemed online for the rest of the semester. But the number of those courses is limited. Still, they state professors could make course-level decisions to provide materials for students to continue working online – but it is not expected that students will always have this option.

Many of the students interviewed who were removed from their courses said they felt unsupported by Ryerson, as the school did not attempt to offer any alternative solutions, such as a possible hybrid system for the remaining weeks of the winter semester.

“I’ve tried to ask if there’s some way to accommodate us,” said Bela Georgiev, a PhD economics student attending Ryerson. “If people see me as a threat, I respect that and I’m OK to do online schooling.”

Georgiev has yet to disclose her status to the school, as her rationale revolves around principle and not supporting the system. Currently, her RAMSS account has a hold on it which does not allow her to enrol in any courses. She was also a teaching assistant for Ryerson in the fall semester, but had been removed due to vaccine mandates at the university.

“I believe that if we start to pick people apart, depending on what type of medical interventions or procedures they’ve chosen to have, I think there could be a lot of problems with that,” said Georgiev.

Georgiev stated her friends at University of Toronto had livestreamed and recorded lectures for later use and questioned why Ryerson can’t implement similar processes.

Similarly, Curtis Heinen, a third-year urban and regional planning student, has not disclosed his status to the school because he believes that the mandates are not appropriate. Heinen said that he was given the option to declare and still maintain enrolment in online elective courses, though he would be held back from his required courses, as they would be in-person.

Heinen stated he has no issue with any of the social distancing requirements and even the vaccines themselves, though he has an issue with the mandates and potentially delaying the education of students over their choice.

When asked about how Ryerson plans to accommodate these students, a spokesperson in the communications office reiterated that students must be vaccinated in order to attend classes and encouraged students to reach out to their academic advisers for next steps. 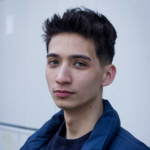