What’s behind the crystal wellness boom?

Crystal healing has become more popular during the pandemic, but scholars and market experts are skeptical of their healing properties

At the start of the pandemic, Octavia Bullen, a third-year Ryerson nursing student, worked in a retirement home in the midst of a COVID-19 outbreak that lasted for three months.

She saw many of her elderly patients die during the outbreak, leaving her feeling depressed and isolated.

To cope, Bullen began researching spiritual healing practices online. When she started looking into the benefits of crystal healing, she said the idea began to resonate with her more and more.

She now owns over 20 different crystals that she uses every day — each with its own unique healing purpose.

“Just looking at them; their colour, their texture, it just makes me happy and they’re really positive and uplifting,” said Bullen. “Their colours as well, the calming blues and the whites, it’s grounding for me because I use them to meditate.”

Stories like Bullen’s have become increasingly common. Over the course of the pandemic, demand for metaphysical healing objects like crystals has soared. There’s been a steady climb in Google searches for “crystal healing” during this past year, as well as “crystal healing shops near me,” according to Google trends.

The rise in demand has been attributed to the unprecedented nature of the pandemic that’s left many feeling alone and looking for ways to improve their health and wellness from home.

However, crystal healing, once a niche subculture within the wellness industry according to Lexology, is now also being touted by celebrities from Kim Kardashian-West to Adele, who claim that healing crystal energy has helped them to improve their lives.

Each crystal is meant to have its own unique healing purpose. Rose Quartz, which Katy Perry said helps her attract men, is known as the stone of universal love and is said to restore trust and harmony in relationships.

Amethyst is said to be a natural tranquilizer that can relieve stress and strain, soothe irritability and dispel anger, fear and anxiety.

“I have Angelite, it’s a blue crystal, it’s really round and it’s used to open your throat chakra,” said Bullen. “I have it beside me if I’m on Zoom calls or whatnot, it gives me a lot of inner confidence.”

Though many people swear by crystals and their healing energy, skeptics have always questioned whether there’s any scientific basis for these claims.

“Some people say that crystals, which are well formed crystalline minerals, emit energy and that’s what they’re using for healing,” said Roberta Flemming, a mineralogist and professor at the University of Western Ontario. “Minerals actually do absorb energy and then they can re-emit energy.”

Flemming says that although minerals do have unique energetic properties, when it comes to physical healing, there’s no proven scientific connection.

“I think people’s ‘folk’ observations do have some basis in science but it’s a fairly thin thread,” added Flemming.

Still, Flemming says she’s always been open to the idea of linking the spiritual with the scientific, adding that crystals could simply be influencing the psychological health of people, which in turn could translate to physical healing.

“Some of it is psychological,” she said. “It’s like a placebo effect – if you believe something’s working, then it’s working.”

That sentiment is shared by many crystal users, who don’t seem to mind the lack of hard scientific evidence linking them to physical healing.

“If it helps people believe that it helps their wellness then maybe that’s all that matters,” said Daisy-Claire Gibb, a third-year Ryerson nursing student. “It’s the same thing with any religion, if a prayer helps you feel good internally, it doesn’t matter if that prayer is heard.”

Both Gibb and Bullen say they believe that crystal healing and other kinds of spiritual wellness practices can go hand-in-hand with modern nursing.

“The way health is being viewed is shifting, especially in nursing,” said Gibb. She added that she believes nursing should encompass a holistic, broad definition of wellness. “We are taught to keep in consideration cultural, spiritual and religious factors when we’re delivering our care.”

Crystals used as spiritual, healing objects is a worldwide billion-dollar industry, but crystals are used in countless other ways in our modern, technology-based society, said Jordan Vivian, a travelling prospector and miner.

“A lot of people don’t know that all technology is based on crystals and crystal mining,” Vivian said. “Every radio, TV, phone, computer, car and any other piece of technology uses dozens of different crystals to function. Modern society is a mining society and most people don’t know it.”

Vivian’s attachment to crystals goes beyond his vocation. As someone who spent years on and off in urgent care at the hospital due to tumours and blood loss, among other things, he said they helped him find hope. “Crystals have been a part of my healing from day one.”

Crystals and minerals, with their myriad of uses, are always in high demand, but mining them can be dangerous work.

Before becoming an independent prospector, Vivian was an explosives operator, working alongside a crew that blasted one to two million pounds of stone a day from Ontario quarries for construction and roadwork.

Vivian said that so many of his old mining friends have died on the job that he’s lost count. Anything from lung damage to cave-ins can be fatal.

Every healing crystal in a spiritual shop or pop-up market was mined by someone and the likelihood that they will die on the job is higher than many people realize. Around the world, mining accounts for over 15,000 deaths annually, not including independent prospectors whose deaths may not be officially recorded.

Questions have been raised about the working conditions in the mines that most healing crystals emerge from as well as the negative environmental impacts of mining itself.

For years, crystal sellers chose not to reveal where their products came from and many continue to be elusive about it, though consumer attitudes are driving a shift in the industry.

Many crystal users and shop owners today will only buy crystals that were mined in ethical, safe and sustainable ways, but that information isn’t always accurate or available.

In any case, demand for crystals as spiritual objects will likely continue to rise as more and more people suffer from loneliness, depression and anxiety, according to the Washington Post.

The demographic of crystal users will likely also continue to shift younger as time goes on, to include more students and young adults like Bullen and Gibb.

“If you want to embark on a crystal healing journey, I definitely would recommend doing research,” said Bullen. “Read on different types of crystals, what they do, their properties and search within yourself and find the areas where you’re hurting.”

Gibb says that more people her age are getting into spirituality and crystal healing because the pandemic has forced them to slow down and look inwards at problems that they’d normally be able to ignore.

“Spirituality is really just about love towards yourself and others,” said Gibb. “Crystals can help with that.” 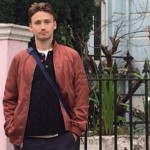