Experts say students should take heed of new guidelines for alcohol consumption released by the Canadian Centre on Substance Use and Addiction (CCSA).

The non-governmental organizations’ new guidelines classify two drinks or less a week as low risk, three to six as moderate risk, and seven or more as increasingly high risk. The CCSA says no amount of alcohol is completely safe.

The new guidelines are a stark contrast to the CCSA’s 2011 guidance, which recommended women have no more than 10 drinks a week and men no more than 15.

Kara Thompson, an associate professor of psychology at St. Francis Xavier University and a member of the report’s expert panel, says she hopes students keep the new guidelines in mind when drinking.

“The goal of the guidance is not really to help people quit drinking or to tell them how much they should drink,” she said, “it’s to give them the information because they have a right to know what the possible risks are of engaging in that behavior.”

According to a 2019-20 Canadian government survey of alcohol and drug use among postsecondary students, 40 per cent of students reported having drank alcohol at least once in the past week, and 60 per cent reported having consumed alcohol “in a pattern consistent with heavy drinking” in the 30 days prior. The survey defined heavy drinking as women having four or more drinks in one sitting and men having five or more.

However, some students at Toronto Metropolitan University say their alcohol use is unlikely to change as a result of the new guidelines.

“Work hard, play hard,” said fourth-year accounting and finance student Petar Rapaic, who has no intention of adjusting his habits.

Timothy Indewey, a mechanical engineering student who goes out drinking with friends twice a week has no intentions to cut back. He says he’s willing to accept the heightened risk to enjoy nights out with his friends.

Research shows student alcohol use to be very high, according to Wilfred Laurier’s Bruce McKay, who studies undergraduates’ substance use habits.

“As long as there is this culture at university to drink, I don’t see (the guidelines) really having much of an impact on that group,” he said.

Thompson says the CCSA’s report does have a silver lining. The report says any reduction in the amount one drinks will make a difference — in fact, cutting back can reverse some of the negative health effects of drinking.

Some studies suggest student-aged people are already drinking less. Gen Z drinks 20 per cent less than their millennial counterparts, according to a report from equity research team Berenberg Research.

Dr. Dominique Morisano, a clinical psychologist and adjunct professor at the University of Toronto, says this is largely due to a growing awareness about the dangers of alcohol consumption.

“Frankly, my generation and a lot of older generations were more in the dark about the real negative impact of alcohol,” Morisano said. “Gen Z seems to be more tuned in to the realities of what they’re putting into their bodies.”

For students trying to cut back, Morisano suggests they try to set limits for themselves by reducing the number of drinks they have on a night out and setting rules around when they drink, like limiting it only to weekends.

She says students could also pitch other activities to their friend groups, like hiking or catching a movie, as a way to avoid alcohol.

Thompson says mocktails are another good way to go for those who feel the need to drink in social settings. The growing range of non-alcoholic liquors, wines, beers and other beverages also reflect a changing culture around sobriety. 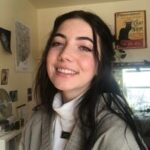