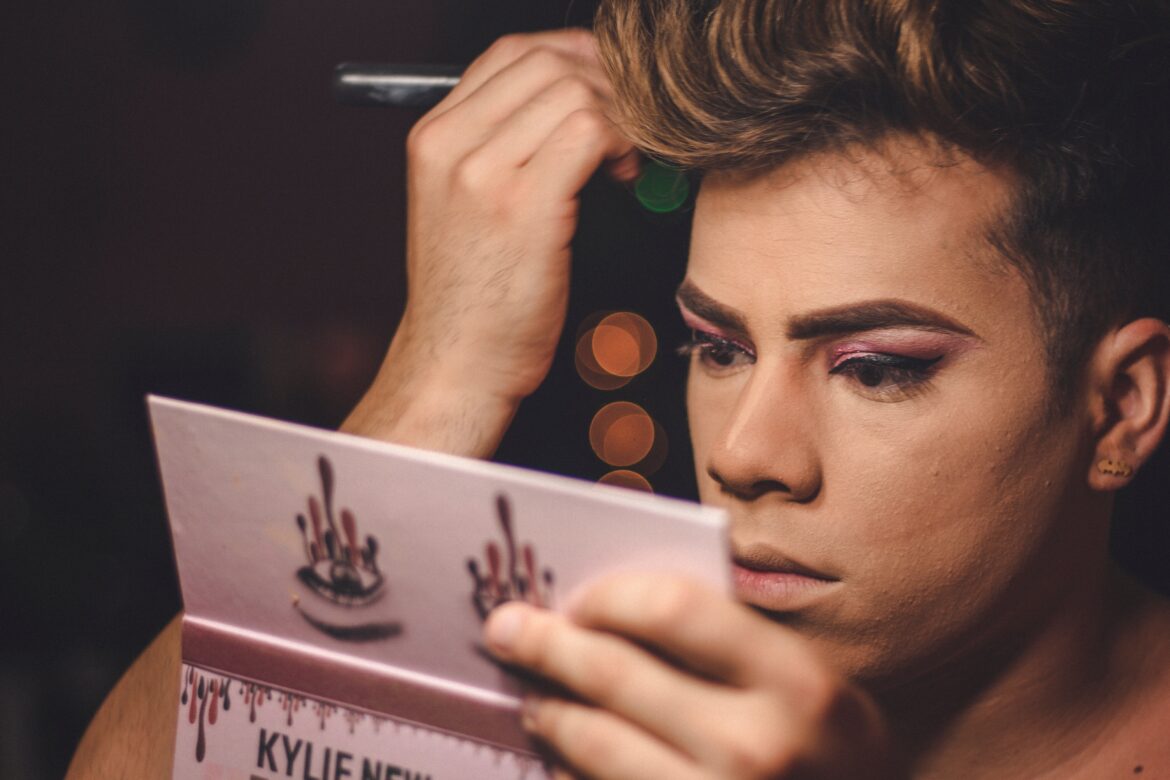 Editor’s note: Drag culture is a creative art form that long predates its recent mainstream popularity. It is a gender-bending art in which a person dresses in elaborate clothing and makeup to entertain. It is, most importantly, a celebration of LGBTQ+ pride. To pay tribute to drag’s enthusiasm and creativity, On The Record has decided to publish this piece of journalism in poetry form.

We love a confident queen who has beauty and grace. A queen that slays and knows she’ll win the race.

And if you aren’t that queen yet, your chance is now. It’s time to learn how to turn on the WOW.

Toronto’s Drag Masterclass is back for the season, an event that is hosted for more than one reason.

To break down barriers to recreational programs, to build a reputation beyond social media.

Geared towards 2SLGBTQIA+ youth, interested in drag arts and living their truth.

It’s the first of its kind in our North American community, a safe, accessible space with a networking opportunity.

From makeup, to costuming, to wig-installation. From performance, to fierceness, to story narration.

All the fundamentals to becoming a bookable queen, and the chance to make connections with professionals on the scene.

This year, it’s happening, rain or shine— the guide to becoming a queen is available online.

The class is free and will teach you the skills, so it doesn’t really matter if your account has bills.

Especially among those outside the binary community, who struggle to find employment and financial security.

“The fact that it’s free, I think is essential,” the Ryerson alum said homelessness is quite exponential.

62 per cent of subjects who are LGBT, reported financial challenges because of their gender identity.

“I think that there’s broad infrastructure that needs to be revolutionized,” tangible government support is what Martin advised.

It starts with structures that foster queer communities, he said. And ongoing funding the way Yukons government has led.

The interest is abundant thanks to Drag Race on screen, bringing the art form into the mainstream.

Hosted by Sofonda, a viral sensation, and two other guests that boost the temptation.

Miss Fiercalicious— Toronto’s very own — a performer and entertainer is how she’s best known.

The second instructor is Hollywood Jade, who will be welcoming all newcomers to the drag stage.

As the resident choreographer of Canada’s Drag Race, the dance floor is his creative space.

Martin said adding infrastructure, like this series of classes, can be powerful for young people trying to navigate the masses.

They can express their gender in unconventional ways, ways not always encouraged by the institutions in which they’ve been raised.

A familial relationship has historically been the way that drag has been taught, even up until today.

“It’s been passed down from one generation to the next,” as well-established “drag mothers” want their “daughters” to gain the same respect.

The evening classes will run from six to nine. They’re intended to get you into the entrepreneurial state of mind.

The queen RuPaul said, with no intention to brag, “We’re all born naked and the rest is drag.” 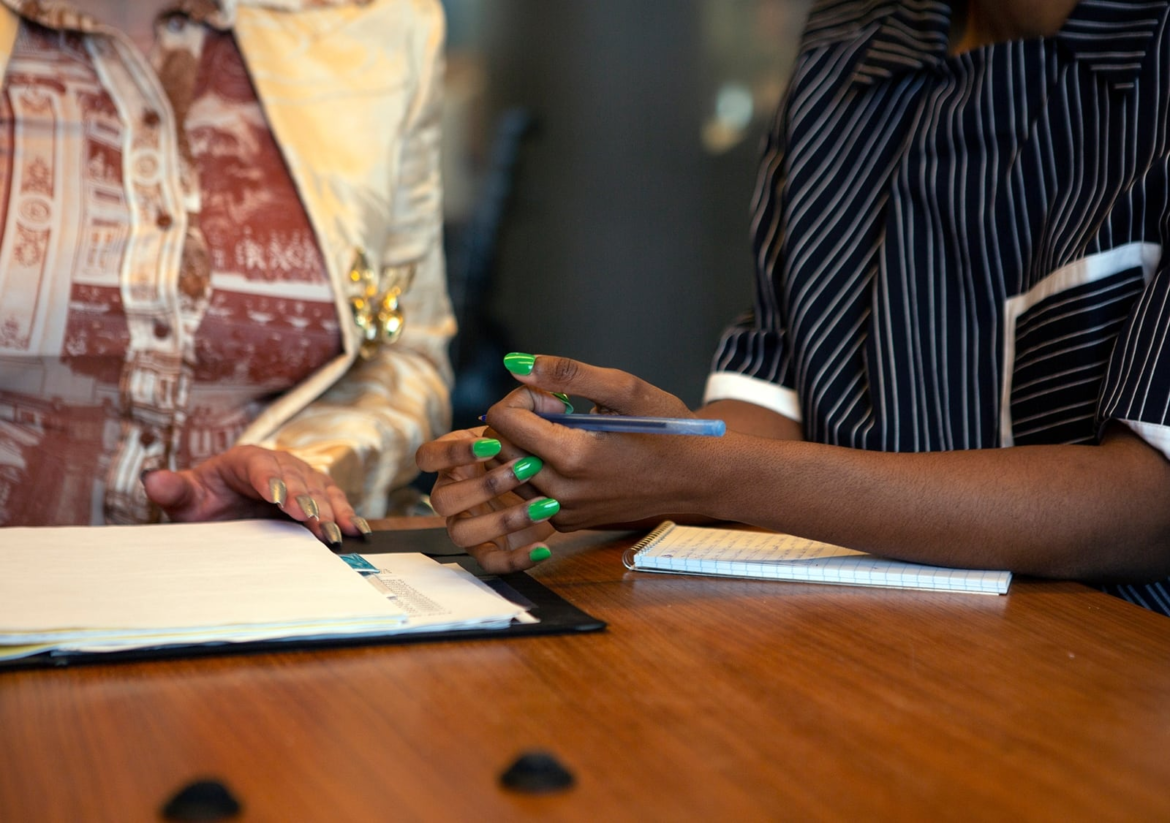 Policies on name-changes vary from school to school.

Kat didn’t make a big event of coming out. Instead, around 2019, the second-year Ryerson new media student began gradually asking people close to her to start calling her Kat, and to address her using she/her pronouns.

She decided to take a couple years off from school to deal with mental health issues. When Kat returned to school for the 2020-2021 academic year, she began trying to change her name within Ryerson’s system. (Kat prefers not to use her last name until it is legally changed.)

Since Kat has not yet had a legal name change, she said she was constantly sent in circles, being told by each person she contacted to contact someone else.

“It’s just this humiliating process of having to tell everyone that you’re trans,” she said.

This was especially distressing as all correspondence had to be done through Kat’s Ryerson email — which is attached to her legal name. For trans people, a birth name or former name is called a “deadname” and to use that name is referred to as “deadnaming.”

“You’re forced to show everyone your deadname,” she said. “It’s incredibly fucking degrading.”

A name change should be a simple request. But Ryerson’s processes for getting one are outdated and bureaucratic, said Ryerson alum Sid Drmay, who worked for the RSU’s Equity Centres for two years and wrote several pieces about trans students’ experiences at Ryerson as communities editor for The Eyeopener.

“It’s honestly just a mess and it has been for years,” they said. “The fact that the Trans Collective has been pushing for improvement since 2014 is ridiculous.”

They said it is disheartening to see trans students still facing the same issues to which they worked to bring awareness.

Ryerson’s Office of the Vice-President, Equity and Community Inclusion (OVPECI) said that name changes are accurately reflected in university records to be consistent with students’ identities.

“Ryerson’s Office of the Vice-President, Equity and Community Inclusion recognizes the importance of ensuring trans students are supported in their journey to transition while at Ryerson,” the office said, “and are provided institutional mechanisms that are affirming.”

The school’s name change process was developed in collaboration with students, faculty and staff, according to the OVPECI.

Ryerson’s website outlines options to update a name in the school’s records for transitioning students, but advises students to obtain a legal name change before attempting to update their name in Ryerson’s system to avoid “issues with matters like OSAP, tax receipts, health insurance, and grad school applications.”

In lieu of a name change certificate, Ryerson allows students to submit a Statutory Declaration for Change of Name as supporting documentation for their name change according to the Office of the Registrar.

This process has one less step now that classes are remote, as the Registrar states that having a name change form signed by a Commissioner of Oaths or Notary is not required during the COVID-19 pandemic.

This was not made clear to Kat, who put her name change on pause, not wanting to out herself to a city councillor.

Kat said that before she started attempting to change her name, she thought all she would have to do was fill out a few forms and that the process would be quick and discreet.

“I figured I would have changed my name by now,” she said. “But I’m scared to start this again.”

“Trans students are automatically disadvantaged in academic spaces because their very existence denies the structures and ideals that academia was built upon,” said Jessie Whyte, the vice-president, campaigns and advocacy at the York Federation of Students, and the incoming 2Spirit & Trans constituency commissioner of Candian Federation of Students.

Whyte said  allowing students to use their chosen name on all university documents would validate these actions as vital and life-affirming. And students shouldn’t have to jump through bureaucratic hoops.

Other schools do allow students to change some documents without legally changing their names but offer similar warnings, such as University of Toronto. Most have a preferred name policy wherein students are able to change their name in their school’s records without getting a legal name change, according to a 2020 article in Xtra.

Through ServiceOntario, obtaining an adult name change requires a person to be 16 years of age or older, to have been living in Ontario for at least 12 consecutive months and to get a police record check. It also costs $137, significantly more than other services like registering a vehicle, which costs $32. People 17 years or younger can apply for a child name change, so long as all who have legal custody of the child consent to the name change.

Whyte believes that universities across Canada can support trans students by ensuring that respect for their identities are a priority.

“Universities can use their power to lobby the government to make these changes within the broader institutions of OSAP and other loan-repayment services as well,” says Whyte. “Changing one’s name should be a joyful and life-affirming process, not something that is seen as a burden to a bureaucratic system.”

Logan Wong was working towards his undergrad when he applied to change his name at Ryerson in 2018.

He was able to change his D2L name and Ryerson email, but his deadname appeared on RAMSS and academic transcripts until he legally changed his name in 2019.

Overall, Wong felt mostly supported by Ryerson in his name change process, and rates his experience “an eight out of ten.” He knew he had the resources to legally change his name on his own in a year, but says he was made aware of pro-bono campus lawyers who are able to help trans students through the legal name change process by a Ryerson staff member who helped him through the process.

But for other students, the process has not been easy. Tristan Aus, a first-year graphic communications management student at Ryerson who also has not yet had a legal name change, said they too tried to get their name changed in Ryerson’s system but were unable to. They had hoped for a OneCard with their new name on it, and for their name to be changed in D2L and on their Ryerson email address. However, all they were able to get was “Tristan” written in brackets on their residence ID card, next to their deadname.

“The only place I could change my name was Zoom,” they said, “and I no longer have the ability to edit my name on Zoom.”

Aus said they have informed their professors individually, through D2L or Ryerson email, of their chosen name and pronouns. Their professors were understanding for the most part, but one TA advised them to hand in their work with their deadname on it, they said.

Kat has also opted to tell each of her professors and peers her name and pronouns, but this isn’t her preferred option.

“I don’t want this to be a constant thing I’m addressing and having to talk to people about,” she said.

In a 2016 article in The Eyeopener, Drmay pointed to the name-changing policies at Carleton University, where students are able to indicate a preferred name through their Carleton Central portals, and have their names updated in the university’s systems. RAMSS does not provide such an option.

“I really hope that Ryerson can get their shit together and work with trans students instead of against them,” Drmay said.

A list of LGBTQI2S+ resources compiled by Toronto Central Youth Services can be found here.