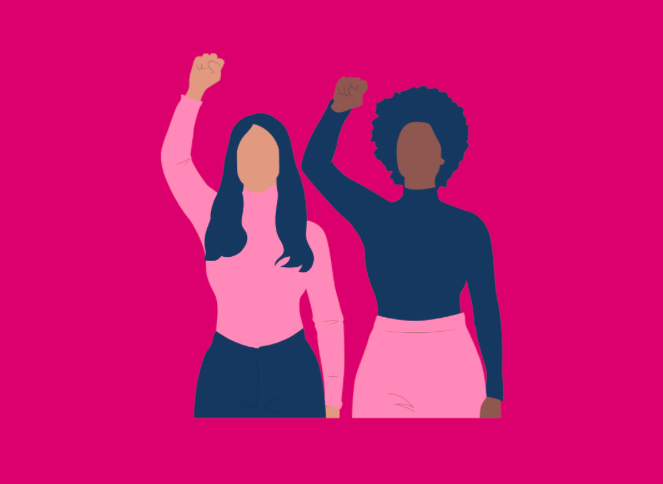 A recap of Feminine Rage: Anger is for everyone!

Ryerson University’s Human Rights Services hosted the event Feminine Rage: Anger is for everyone! on March 10. It was presented over Zoom with special guest speaker Yumiko Kawano, a professional muay thai fighter and social justice academic.

The discussion unpacked the social injustices of feminine anger and healthy ways to deal with it using anger competence.

She explained that anger is healthy and can warn people when they are being mistreated or when personal boundaries are being disrespected.

The event was hosted and facilitated by the partnerships and resolution officers at Ryerson University’s Human Rights Services, Tamara Sylvester and Erin Hallock.

The event kicked off with short introductions and was quickly handed over to Kawano, who explained her relationship to anger as a woman.

“While I was growing up, anger was something I was encouraged to never show to non-family members or in public,” said Kawano. “Showing my anger as a girl or in a direct way, was seen as uncivil, irrational, emotional and unnecessary or even embarrassing.”

Kawano experienced several traumas in her childhood and young adult life. However, she never felt she could express her anger in a cathartic or healthy way until she found muay thai, a martial art sometimes referred to as Thai boxing.

“I internalized the notion of anger, especially gendered anger as uncivil…so I often expressed my anger in silence,” said Kawano. “Instead of giving my anger a voice, I held it tight and I buried it deep inside of myself, especially the anger that came from traumatic experiences.”

In 2012 she began practising muay thai and utilized the anger she carried from traumatic events as fuel for her training.

Three years later, in 2015, she won the Muay Thai Ontario provincial championship title, and in 2017 she won the International Federation of Muaythai Associations’ Pan Am gold medal.

Kawano recalled a time, in her early days as a fighter, when a trainer at her gym told her to picture the face of someone she hated while hitting the heavy bag, and that was the moment she unlocked her anger.

“Training towards fights physically and mentality breaks you, so when my body says, ‘I can’t do it anymore, I want to stop,’ I use my anger to hit the pads hard, even when I feel like I don’t have anything left.”

After sharing her anger journey, Kawano also offered physical tips for women to stay safe and channel their authority through their body confidence.

She spoke about how tone and body confidence can affect how women are perceived and demonstrated this by saying no in three different ways.

Kawana stood up from her chair and demonstrated these ways. The first was with a small soft voice, slumped shoulders and no eye contact. In her second demonstration, she used eye contact, an assertive stance and a slightly louder tone. The last demonstration had Kawano raising her palm up and yelling “no”  from her belly, while making strong eye contact and standing in a firm stance.

From an audience perspective, it was evident that the latter resonated more power and authority. After her demonstration, Kawano encouraged folks on the call to practise how they talk in the mirror and lean into their anger and confidence.

However, Kawano acknowledged that anger, yelling and being assertive can feel awkward.

“When women are growing up, we are taught to be nice and it’s hard to scream. That’s where practice and training comes in,” said Kawano, “Before I did muay thai, I was not confident even if someone came into my personal space…I’m still shy but I can show my confidence now.”

While muay thai fits Kawano’s personality as an outlet to safely feel and work through her anger, she urges women to use anger to accomplish their goals in all aspects of their lives.

“My story makes a lot of sense inside the ring, but outside of competitive fighting, anger can help women accomplish their goals.

“Using your voice applies to many situations: verbal assaults like microaggressions, uncivil behaviour or discrimination at work or school. You need to develop your ability to identify and communicate your boundaries and how you want to be treated.”

Kawano left the audience members with a few final questions to ponder: “What is your passion? What is your outlet? And how does passion give you space to be vulnerable and feel safe?”

Kawano emphasized that while muay thai gave her the space to identify and work through her anger, it was ultimately the community that made her comfortable.

“I was able to be vulnerable and channel my anger in my training because I felt safe, and I believe feeling safe is the most important thing while doing this work and acknowledging your anger.” 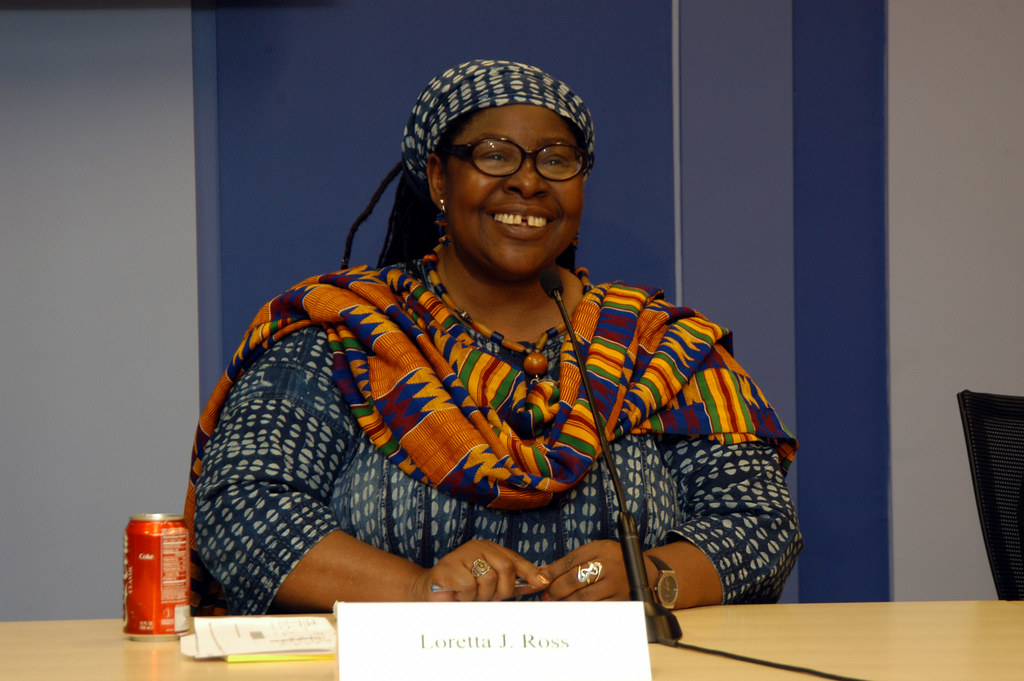 Calling in or calling out: Loretta Ross speaks on the transformation of cancel culture

The feminist activist spoke virtually about the ever-changing sphere of activism, and how to fight the good fight

In an online event earlier this week, Loretta Ross spoke in conversation with Ryerson’s Centre for Free Expression (CFA) on “Transforming ‘Call Out’ Culture,” while discussing the impact of activism in the past, present and what it can be in the future through her practice of “calling in.”

Ross spoke directly with community scholar Asam Ahmed for an hour about her past activism, the importance of conversation and the ever changing sphere of activism.

To Ross, who is a feminist and reproductive rights activist, call out culture is not the answer to create direct change or action in movements, whether that be in a classroom or online format.

Her approach instead stands within the concept of “calling in,” which holds people accountable through private and respectful conversation.

“If you make a mistake and you show that you want to do better and you’re capable of being accountable for the harm that you did, then I’m gonna call you in,” said Ross.

In 1974, Ross joined the women’s movement in the U.S. and alongside Black and marginalized activists, coined the term “women of colour” in 1977. Since then, Ross has continued fighting for feminist and civil rights causes. She’s published multiple books on reproductive justice, with her most recent book Calling In the Calling Out Culture, which came out this year.

If you ask Ross, calling out culture in the past wasn’t exactly what it is today. “Trashing,” as Ross described, was a way to splinter a movement and a form of “gossiping and bad mouthing.”

Fellow activist Jo Freeman wrote an article in 1976 talking about the negative impact of trashing in Ms. Magazine.

“It is occasionally disguised by the rhetoric of honest conflict or covered up by denying that any disapproval exists at all. But it is not done to expose disagreements or resolve differences,” said Freeman in the article.

“When someone did this particular form of trashing back then, we didn’t know if they were politically disagreeing, being disagreeable or whether they were a proper provocateur,” said Ross.

This isn’t just a tip for activists to use when creating dialogue for change, it’s also a critique on right wing behaviour and rhetoric, added Ross. From the Salem witch trials to McCarthyism, she describes them as the creator of call out and cancel culture, calling it “falling into the pro-fascist script.”

“The right wing has tried to seize on the concept of the call out or the canceled culture to act like they’re the real victims of it,” said Ross. “They’re cynically trying to use the concept of call outs and cancellations to say that they’re the victims now of all of this political correctness.They don’t know what to do and they can’t say what they want to say without fear of being cancelled.”

However, Ross emphasizes calling out shouldn’t be completely removed when addressing accountability and in some cases, it may be the best course of action. Often, people will use the guise of “free speech” to perpetuate their hateful rhetoric. Ross said she believes those individuals fall under calling out.

“Some people want to demand … the right to say whatever hurtful harmful thing they can say and act like they can just run behind the protective banner of free speech and ignore the harm that they’re causing; those words do wound,” said Ross.

When fighting for change or justice, Ross has one piece of advice for anyone wanting to fight the good fight: have fun.

If you’re determined to fight oppression, make it enjoyable because as human rights activist Leonard Zeskind once told her, there is nothing more fun than doing anti-fascist work.

“He told me, ‘Lighten up’ … he said fighting Nazis should be fun, it’s being a Nazi that sucks,” said Ross. “We don’t make the revolution irresistible [and] we don’t show how much joy you can get out of doing the right thing.”