Graduating from Zoom University: The Good, the Bad, and the Virtual

Ryerson students have been graduating online due to the pandemic, and it’s changed the way they think about ceremony

Zena Gittens woke up 10 minutes before her virtual graduation began. Her mom made her a light breakfast — which she ate while still wearing her pyjamas — as she watched the ceremony being streamed on YouTube.

Ryerson graduate Ellen Ihekwoaba held a graduation barbecue for friends and family where she held a small photoshoot. The actual ceremony wasn’t a highlight for her family; many relatives had to be reminded that morning to tune into the YouTube stream.

Along with the rest of the country, Ryerson University was forced to move classes online in March 2020, due to the COVID-19 pandemic. When the pandemic showed no signs of ending during that first summer, Ryerson postponed graduation ceremonies, eventually moving them online. The school offered extra events, such as coffee with president Mohamed Lachemi and chancellor Janice Fukakusa and social media contests. These alternatives were designed to help ease graduates’ disappointment. Though the traditional aspects of the ceremony were lacking, graduates still found unique ways to celebrate and attempt to move forward.

Gittens graduated from the child and youth care program at Ryerson in the summer of 2021. When it was announced their graduation ceremony would be held online, Gittens and her friends wanted to find a way to still be able to celebrate together.

“We spent the last four years doing this and we wanted to find a way to celebrate,” she said. “So we bought these blue caps and gowns from Amazon, that were around $50, and we were like, ‘we’re taking photos with these on campus, I don’t care.’”

Gittens and her friends took photos at the deserted campus that had remained mostly closed due to the pandemic. They dressed up as if they were going to their in-person graduation and walked along Gould Street and through Kerr Hall, taking photos to commemorate their time together.

Despite the creative ways these women found to celebrate the milestone event, both were still left missing the chance to attend an in-person ceremony. Ihekwoaba’s parents and siblings all have photos from the day of their graduation, wearing their cap and gowns. Like many others who graduated during the pandemic, Ihekwoaba was the first in her family to not walk across the stage, instead watching the virtual ceremony on her laptop.

“It was disappointing because you don’t get to actually wear the gown and walk across the stage and get that picture. It was pretty tough,” said Ihekwoaba, who graduated with a degree in public health and safety.

The Celebrant Foundation & Institute is a non-profit that helps people celebrate moments in their lives through ceremony and connecting with individuals in their communities. Elisa Chase is the president of the foundation. She says that missing out on marking these milestones can sometimes lead to trauma associated with these events.

“Because it’s the missed opportunities,” she said. “It is all of the projection that people hold onto, what it will be like when both positive and grief struck.” Chase adds that it is not only the graduation ceremony itself people are missing out on, but smaller things as well, like attending the last class, or cleaning out their dorm rooms.

For graduates like Gittens, completing the final year of their degree online has changed how they felt about their graduation. Gittens remembers picking up her diploma from the ServiceHub during her lunch break from a CPR class.

The experience felt lacking for other students as well. Julia Ball, who graduated in the spring of 2021 with a bachelor of commerce and two certificates in French, says that she was disappointed she couldn’t fully celebrate after all her hard work.

“I was definitely bummed out, my parents tried to make it as special as possible,” she said. “But for me, I almost just didn’t want to acknowledge it, because I wanted to wait until I actually had it in person to buy the dress, go full out, and take the pictures.”

Karla Combres, a certified Life-Cycle Celebrant from Saskatchewan, explained that though graduates may be missing the larger ceremony, individuals can still find ways to give the moment meaning. “We get hung up on language of the word ritual…” she said. “But all ritual really is, is an action with intention, and, out of that, meaning is created.”

Combres adds that, for graduation, the meaning of moving into a new phase of life can be observed by small actions with friends and family. “Mark that movement from the past to now. Maybe it’s if you’ve got 10 people around the table, you go around the table once, and thank each person there for what their support has meant to you… It doesn’t have to be super formal, but it’s just bringing some attention to it.”

York University sociology professor, Paul Grayson, believes that self-confidence is an important takeaway from the university experience. “You feel as though you can take part in discussions and that your opinion matters, because it’s an informed opinion…” he said. “If you look at what students say about their education, self confidence is something that comes forward and that is so important. It can’t be overemphasized.”

Chase explains that the importance of graduation lies in its unique ties to the community. “Graduation is one of the last times you have an opportunity to celebrate, commemorate, and reflect upon a similar experience that is both personal and communal simultaneously,” she said. “It’s really one of our last opportunities to be in a group experience.”

Ethan Johnson-Skinner, Ball’s partner, graduated from Ryerson in the fall of 2021 with a master’s in mathematics. He had also completed his undergraduate degree in engineering at Ryerson in 2016. “Graduation was really fun. It was a whole thing with the ring ceremony,” he said. “And then I did my master’s in math and that was really different… I was pretty bummed that they didn’t have an in-person ceremony.”

Johnson-Skinner adds that the thing he was most disappointed in was not being with his classmates on the big day, “I never saw my classmates at the end,” he said. “With a master’s, a lot of it is thesis work so you’re doing it at home. But I was hoping to get (to see them) at my graduation.”

On the other hand, Ball has been able to see some positives to having the ceremony online. “My grandfather walks in a walker and he’s not as mobile as he used to be,” she said. “So it was great because he was actually able to come to our house and watch it. And I think if it had been in person it would have been a little bit harder for him.” She explains that her family got together and ordered lunch to watch the ceremony live.

Ryerson University recently announced that it will be hosting an in-person ceremony for the class of 2022. The ceremonies will be held at the Mattamy Athletic Centre from June 13-24 and will also be open to those who graduated during the pandemic. Johnson-Skinner and Ball have said they are excited to attend, while Gittens said she is still unsure and is waiting to see if her friends will attend with her.

Ihekwoaba, however, has decided not to return. “I’ve mentally and emotionally moved on. The excitement is not there anymore. It just won’t feel the same.” 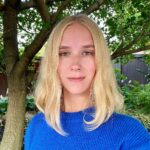