Nova Scotia undergraduates paying the most at $9,328

Canadian post-secondary students are paying, on average, 2.6 per cent more this academic year than they did last year, according to a recent Statistics Canada report.

Per the Sept. 7 report, the average tuition for full-time students in the 2022-23 academic year is $6,834. This is the fourth straight year where tuition has increased.

The report revealed that domestic Nova Scotia students are paying well above the Canadian average — by 36.5 per cent.

For this report, Statistics Canada took data from the Tuition and Living Accommodation Costs survey conducted earlier this year to analyze fees of degree programs — for both undergraduate and graduate students, as well as domestic and international students — in the 2022-23 academic year.

It included universities from across Canada, as well as highlighted inflation considerations and price differences across each province that may affect tuition.

“Government funding to universities is capped at one per cent; this of course doesn’t keep up with inflation and ends up being a decrease in funding,” said Kris Reppas, Nova Scotia chairperson for the Canadian Federation of Students. “Because universities don’t have that funding, they are having to over-rely on student tuition to remain financially viable.”

“Over the summer, I was talking with some friends, and some haven’t been able to go to university or college because they are supporting themselves or can’t afford to…,” said Anastasia Blosser, a second-year undergraduate student at Toronto Metropolitan University (TMU).

For example, domestic undergraduate students attending one of Nova Scotia’s 10 universities will be paying an average of $9,328 this school year, according to Statistics Canada. Canadians in Saskatchewan and New Brunswick’s average undergraduate tuition fees fall just below, at $8,854 and $8,284, respectively.

Mark Borillo, a second-year undergraduate student at TMU, was surprised that Ontario’s tuition was not the highest in the country, just based on cost of living. “With the housing market, and inflation being super high here in Toronto especially, I had no idea [the highest tuition] would be Nova Scotia.”

Ontario lands fourth on the domestic undergraduate tuition list with an average cost of $7,920 for the current academic year. This is a $70 increase from the previous year; however, it still falls above the Canadian average, sitting at $6,834.

At the other end of the spectrum is Quebec, the province with the lowest domestic undergraduate average tuition, which is $3,359 for full-time students.

Average tuition fees for international graduate ($27,149) and undergraduate ($45,242) programs are highest in Ontario. 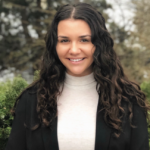 Julia Candido was a general reporter for On The Record during the 2022 fall semester.

Julia Candido was a general reporter for On The Record during the 2022 fall semester.

If you already need a break, enjoy these puppies

‘The past is in the past’: Bold lose hockey game, but HOCO spirit undimmed