Despite interruptions, candidates stay on track for the future

Listen to audio version of this story:

Five of Toronto’s 31 mayoral candidates gathered for the second, and final, debate ahead of the municipal election on Oct. 24, an event run by the Toronto Region Board of Trade.

The five candidates who were invited to debate were Chloe Brown, Gil Penalosa, Stephen Punwasi, Sarah Climenhaga, and John Tory, the current mayor of Toronto who is seeking a third term.

Held at the Carlu on Monday afternoon, the debate was moderated by TVO’s Steve Paikin.

Throughout the debate, candidates were quick to point fingers at Tory and question what he has or hasn’t done since originally being elected mayor in 2014.

Penalosa and Brown were among Tory’s harshest critics on the panel, with both pushing back heavily on the actions of the city’s government in response to housing concerns, delays in public transit development, and the actions of police within the city.

During the discussion about public transit, Climenhaga emphasized that mandatory TTC fares should be removed and later in the debate called for a reassessment of vaccine mandates in Toronto.

Tory acknowledged that public transit is an issue of importance and that the aim is to get people back on the TTC and to improve transit service.

Punwasi targeted the fact that housing and employment standards in the city need to be improved in order to better Toronto’s status among residents and to reduce the number of young people moving away.

Tory’s associations with Doug Ford and Rogers Communications Inc. were also criticised, with the other candidates expressing their frustration with the lack of transparency when it comes to Tory’s affiliation with Rogers or his support of Ford’s ‘strong mayor’ powers legislation.

Paikin, while ensuring that the candidates weren’t going over their time limits, tried to maintain a level of fairness, allowing the individual panellists to offer rebuttals to accusations and provide answers when questioned by other candidates.

However, Brown, Penalosa, Punwasi, Climenhaga, and Tory weren’t the only attendees upset by some of the debate responses.

There were three separate instances involving audience members shouting over the panellists or Paikin, and the individuals ultimately having to be removed from the room. The outbursts were mainly about the lack of candidates represented at the debate.

One of those individuals was Reginald Tull, one of the 31 Toronto mayoral candidates, but not one chosen to be on stage. Tull began heckling from his seat in the audience before walking onto the stage next to Tory, and eventually being escorted out. Tull’s Twitter account has since been suspended.

Following the audience outbursts, Paikin pointed out that the five candidates present were invited to participate by the Toronto Region Board of Trade, but that despite not participating in the debate there was at least one other candidate present in the audience.

Members of the public were able to attend the event, but only if they had purchased a ticket. The cost of one ticket was $25 for members of the board, or $35 for non-members.

The debate was sponsored by SNC-Lavalin Group Inc., the University of Toronto, The Globe and Mail, and Scotiabank and was livestreamed on YouTube.

This was the last Toronto mayoral debate being held before the municipal election on Monday, Oct. 24. 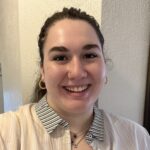 TMU by Name, Ryerson by Law: Why It Matters That the Name Change Is Hung up at Queen’s Park

Is Loblaw Move to Freeze No Name Prices as Heroic as It Seems?