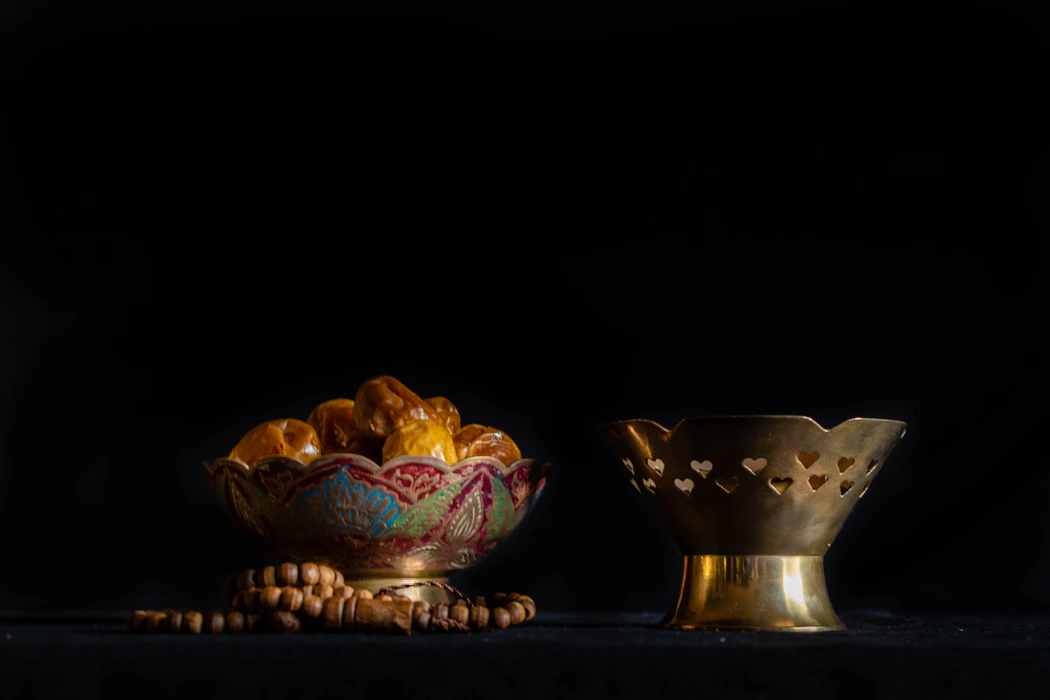 Spending a second Ramadan in lockdown

For Muslims observing Ramadan, this year is going to look a lot different than usual

Although most people know that a large part of Ramadan is fasting during the day, much of the experience actually happens at night. While the rest of the city is asleep, Muslims gather at the mosque for late night prayers. In the quiet midst of twilight, all that can be heard is the melodious recitation of the Qur’an being read out loud and hundreds of people standing together in prayer.

Ramadan, as a whole, is a communal experience and it revolves around being with friends, family and the community at large. Every year, large family dinners happen when it’s time to break the fast, gifts are distributed across the community and of course, people gather for prayer at the mosque between dusk and dawn every single day for 30 days. Often, the mosque is a place to reconnect with people that they only get to see during Ramadan.

However, the COVID-19 pandemic has forced mosques to close, eliminating social gatherings and created a sense of isolation. Ramadan began shortly after the beginning of the COVID-19 pandemic last April and this year will begin on April 13. Ramadan can be especially lonely for individuals who weren’t always Muslim but are now reverts to the Islamic faith.

Reverts are sometimes the only person in their family who observe Ramadan. However, the community remains hopeful and is creating ways for everyone to stay connected virtually. Ramadan is not the only religious holiday that has had to adapt to virtual community celebrations. A few weeks ago, the Jewish community had to celebrate Passover while abiding to social distancing measures. The Christian community had to broadcast their Easter services online and churches had to remain closed. Strangely, it’s comforting to know that people of all faiths are experiencing the same feelings of disconnection and seclusion during the pandemic.

Many mosques around the Greater Toronto Area have planned virtual programs to take place throughout the month, in an effort to keep the community connected. Islamic Society of North America (ISNA) Canada, a mosque located in Mississauga, has a month long virtual program schedule, with a variety of lecture topics and online webinars. They are also offering free meals to the community during every weekend of Ramadan.

This year, ISNA Canada is emphasizing their goal of keeping the community connected, while continuing to abide by the province’s safety measures.

“Last year when COVID-19 hit, ISNA Canada witnessed firsthand the strength of community,” an ISNA Canada spokesperson said. “We saw an increase in our volunteer base, an increase in virtual learning and overall a desire to be connected, engaged and give back.”

Ramadan is a month of fasting from before dawn until sunset to focus on increasing their spirituality and engaging in worship. Although the physical part of fasting entails abstaining from eating or drinking between sunrise and sunset for the month, it has a large spiritual component as well. During Ramadan, Muslims focus on making themselves better people overall, whether that be trying to give back to the community or increasing their dedication to the faith. Many Muslims also try to engage in extended prayers, especially at night, donate to charity and try to incorporate good deeds into their lifestyle. Ramadan is considered a cleanse for the mind, body and soul and the aim is to come out a better person than how you went in.

What does a typical day look like while fasting?

The days in Ramadan are quite similar to any other days in the year. Muslims still go to school, work or attend to daily tasks while fasting; the only difference is that there is no eating or drinking during the day. To begin fasting, Muslims wake up early to eat a pre-dawn meal called suhoor. During the day, it’s business as normal and everyone goes about their daily routines. However, if you notice your Muslim friends, classmates or colleagues are a little more tired during this time, it’s usually because they’re fasting!

Between dawn and sunset, there are four prayers that take place at allocated times throughout the day. At sunset, it’s time to break the fast with a meal called iftar, where many Muslims choose to eat dates and drink water first and then have a larger meal after. Shortly after, the night prayer is performed. There is also an option to perform voluntary ritual prayers at night called taraweeh, which only take place during Ramadan. Then, this cycle is repeated for the rest of the month, followed by a celebration at the end called Eid.

Is every Muslim required to fast during Ramadan?

In Islam, health and sustenance are very important, so there are a few exceptions of people who aren’t required to fast. Individuals who are sick (physically or mentally), pregnant women, menstruating women, young children and the elderly are a few examples of people who are exempt from fasting. The general rule is that if fasting is detrimental to one’s health, they do not have to fast. However, all able-bodied, healthy individuals should participate in fasting.

Although this year’s Ramadan is going to be observed differently, the essence of the month stays the same. I still look forward to giving back to my community in Toronto, strengthening my faith and staying in touch with my friends and family online. Ramadan Mubarak to those celebrating! 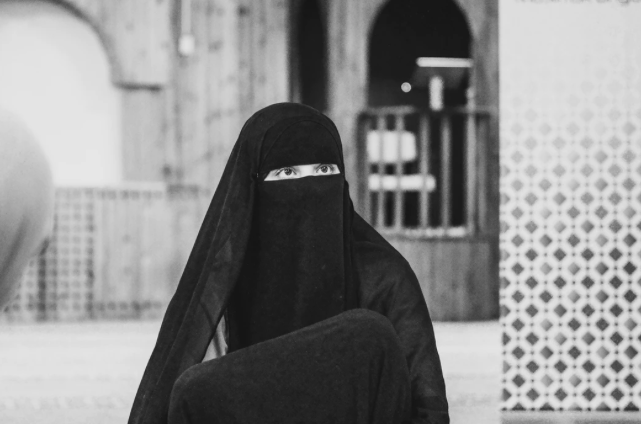 Q-and-A with Natasha Bakht: Listening to the voices of niqab-wearing women

In June 2019, Quebec’s Laicity Act (Bill 21), was passed by Quebec’s national assembly to ban teachers, police officers and other public employees from wearing religious symbols such as hijabs, niqabs, turbans or kippahs while at work.

Civil rights groups and non-profit organizations like the Canadian Civil Liberties Association have tried to challenge the bill before the Quebec Court of Appeal. In December 2019, two out of three judges denied the group’s request to temporarily suspend the bill until the courts could decide on the law’s constitutionality.

In December 2020, a 14-day trial in Quebec Superior Court was scheduled to hear closing arguments and testimonies from experts, civil servants and Quebecers. Both sides provided their arguments about the bill’s constitutionality with regards to the rights and safety of those who wear religious symbols. Justice Marc-André Blanchard told the court that he will come to a decision of the bill’s legislation sometime after February.

Natasha Bakht, professor of law at the University of Ottawa and author of In Your Face: Law, Justice and Niqab-Wearing Women, spoke to Ryerson students and faculty on behalf of the midwifery education program about the scrutiny and systemic racism niqab-wearing women face on a day-to-day basis.

The Ryersonian spoke to Bakht about her experience interviewing nine niqab-wearing women in Ontario and Quebec and what it means to be a niqab-wearing woman in the social and political climate in Canada today.

What inspired you to write about niqab-wearing women?

My interest in writing about niqab-wearing women arises out of what I have perceived over the last decade to be a flagrant disregard for their basic dignity and human rights. As a legal scholar, I was particularly interested in uncovering and remedying existing inequalities and, of course, preventing their reoccurrence. My primary preoccupation with this work is to unpack the reasons given by the majority to constrain the actions of a small minority.

How did you find these nine women?

So I conducted semi-structured interviews of niqab-wearing women who live in Ontario and Quebec. I reached out to potential interviewees through various national Muslim organizations, but these attempts actually did not result in any contact. I was able to connect with a few women through my own contacts in the Muslim community in Toronto, which led to a small snowballing effect and allowed me to reach other interviewees. In the end, I was able to interview nine women to supplement those voices. I also drew on media interviews with niqab-wearing women, editorials written by them and affidavits filed in conjunction with cases involving niqab-wearing women.

What were some false assumptions people would associate with niqab-wearing women?

There was an assumption that niqab-wearing women do not want to work in the paid labour force. This is not only false but harmful to women who may need employment to subsist. Some of the women I interviewed were able to find employment while still wearing the niqab. Others had forgone employment or had removed the niqab in order to make ends meet.

Given that many people make negative and often contradictory assumptions about niqab-wearing women as assertive, silent, unsociable, unexpressive, boring and unwilling to integrate into society, while also finding them aggressive, radical and untrustworthy — I specifically asked each of my interviewees about these assumptions and how they saw their role in Canadian society. All of the interviewees saw themselves as active members of their communities, rejecting the notion that the niqab prevented their full participation in public life.

What were your initial thoughts on Bill 21 and the banning of garments like the niqab in parts of Canada and the world?

I should say that politicians have played a particularly shameful role in perpetuating the exclusion of Muslim women from public life, suggesting that the niqab is an affront to national values and merely making such declarations is enough (with) no further explanation to be required. It’s simply taken for granted that covering one’s face is problematic. The majority becomes victimized by the minority’s practices. But no evidence of this victimization is provided in uncovering some of the legal prescriptions of the niqab and other experiences of niqab-wearing women. My hope is that we might get to know niqab-wearing women and ourselves better.

What are some best practices in ensuring that people make the effort to understand niqab-wearing women and their stories?

I really think the most effective way of understanding minority religious practices is to speak to the people involved. There’s a lot that’s been written by niqab-wearing women (like) op-eds and editorials. The CBC in particular has done some really great work. I think hearing from the people who are most affected by these kinds of issues is really the best way to know how to deal with people who have a different lifestyle or different ways of living than the rest of us.