Will Hariss left a friend’s house in April 2019, hopped on his bike, and made his way down Bloor Street. As he picked up speed in the bike lane, a taxi pulled in front of him. Harris and the taxi collided.

“There were no concrete barriers separating the road from the lane, it’s just a white line,” said Hariss, a second-year student at the University of Toronto.

That was one of three times Hariss has been knocked off his bike on Toronto roads, and one of 46 reported cyclist collisions in 2019 — a year that also saw one cyclist death. It was also the third year of the municipal government’s plan to completely eliminate pedestrian and cyclist fatalities within five years.

“Would we have liked to see more dramatic drops in fatalities and serious injuries over the last few years? Absolutely,” said Sheyda Saneinejad, manager of Vision Zero 2.0, a reconfigured version of the plan that was approved by council in 2019.

Saneinejad says one of the issues with the original plan was that the city did not have “enough staff to handle the funds” earmarked for implementing safety measures across the city. These included reductions to speed limits, shortened crossing distances, and “Watch Your Speed” driver-feedback signs. Many of the same measures are also included in Vision 2.0.

The city requested more staff to handle the funds for Vision 2.0, Saneinejad says, which she described as “a more targeted, more focused, more data-driven plan to address road safety compared to the original.”

New measures include changes to the crosswalks where many deaths occur, such as installing 1,000 pedestrian headstart signals which give pedestrians extra time to cross while all traffic signals for vehicles are red.

While Toronto traffic deaths dropped to 40 in 2020, they jumped to 60 in 2021. According to the City of Toronto website, if road fatalities continue at their current rate in 2022, Toronto will end the year with 57 deaths — a small decrease from last year.

Eliminating pedestrian fatalities entirely “will require effort in a whole range of areas,” according to Bruce Hellinga, an expert in road safety and traffic at the University of Waterloo. He says that many of the current measures in the updated plan are steps in the right direction.

“Developing appropriate design standards for new neighbourhoods and infrastructure, identifying existing areas that are unsafe and fixing them, enforcement, and education are all good plans to reach their goal,” Hellinga said.

European countries have had success with their own Vision Zero projects, but they’ve employed different strategies to get there. As of 2021, the Netherlands cut its traffic fatalities by over 90 per cent since 1970, with cities like Amsterdam shutting down entire city blocks to traffic and lowering municipal speed limits from 50 to 30.

“We are constantly looking at other cities and what they’re trying out and whether they are applicable to Toronto,” said Saneinejad. “One thing we’ve adapted from cities like New York and Chicago is left-turn calling, which are road speed humps we put at signalized intersections to try and encourage slower left turns at sharper angles.”

While developing and building safer roads are at the forefront of the Vision 2.0 plan, Saneinejad says it will also take more provincial funding to achieve zero deaths. 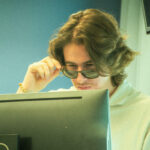