As Chloë Grande was preparing to start her post-secondary studies at Queen’s University in 2011, she noticed she began to slip back into her old disordered eating habits. Grande ended up relapsing from anorexia which she used as a coping mechanism for what she referred to as big life changes. “When there is a major life transition happening that can be a huge trigger to folks suffering from mental illness,” she said, “and especially eating disorders.”

Grande has since recovered, and is now a mental health speaker and advocate for those who are struggling with eating disorders. While in university she says she felt the onus was on her to find support and help.

“It was not openly advertised at my university that there were any sort of eating disorder support services, it felt almost like a scavenger hunt.”

WaterStone foundation, a Canadian charity dedicated to providing support to those suffering from eating disorders (according to their website), is partnering with Toronto Metropolitan University (TMU) and George Brown College (whose partnership launched back in August) to bridge the gap in accessing on-campus eating disorder care for students.

Organizers of the program say the  plan is to offer specialized therapy free of charge and increased support for students who may have eating disorders.

The intention is to offer students immediate access to specialized eating disorder therapists with no wait times. Kim Duffy, co-founder and board chair of WaterStone, says that eventually they will be looking towards group therapy sessions or sessions focused on issues like body image.

The program is expected to be in full force by the end of the fall and remain in place thereafter. This support program also comes at a time when Canada is experiencing a health care crisis and eating disorder care remains critically underfunded.

“Right now, most colleges and universities do not have eating disorder specialists within their mental health and wellness teams. There’s also a huge gap in services right now [in] most parts [of] Ontario,” said Sandra Palmaro, senior advisor at WaterStone.

“If someone is suffering with an eating disorder, they’re only going to get publicly-funded assistance if they end up being so sick that they get admitted into a hospital.”

In Ontario, advocates have been calling for an increase in funding and support for people with eating disorders. Data released in May from the Canadian Institute for Health Information show that eating disorder hospitalizations among girls and women aged 10 to 17 increased nearly 60 per cent since March 2020. The high costs for private care and the long wait lists in Ontario’s publicly funded system are exacerbating this situation as well.

Grande says many programs for eating disorders are also off campus and do not “work well with students’ schedules. So you’re forced to pick between school and your mental health.”

“One thing that’s important is for [students] to realize that [the program is] free of charge for as long as they need it. Some campuses do offer limited crisis support,” said Duffy. The program, however, is for any student who may need care whether they are in crisis or not.

Students need to know, she said, “that there’s somebody out there and there’s no stigma involved in reaching out for help.”

However, Duffy said the success of the program’s goals will ultimately depend on demand.

Colleen Conroy Amato, a mental health counsellor at TMU, was recently hired as the eating disorder specialist for this program. She said the amount of demand since the launch earlier this month has been both “exciting and alarming.”

Amato added that since there are no waitlists, the students who were previously waiting for support through the Student Success Centre’s health and wellness services are now being seen immediately.

“Having a skilled clinician on campus gives us the ability to provide early intervention, and the faster you can provide intervention, the more hopeful the outcome,” said Amato.

Though this program is new at TMU, WaterStone is expecting to expand its services to other universities in 2023. The only concern, as of now, is keeping up with demand as the program expands.

As Grande said, “Knowing just how prevailing eating disorders are, my worry is we don’t want to overpromise.” 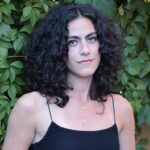