The Ryerson Engineering Student Society (RESS) raised $7,500 for the SickKids Foundation through Push the Post, more than it would have if this event was held in person, according to a Facebook post issued on Friday.

Push the Post was originally an in-person event where engineering students at Ryerson University pushed a Volkswagen Beetle around the Kerr Hall Quad for 24 hours, but due to COVID-19, the event was moved online.

Gianluca Basile, vice-president operations at RESS, said it was tough to transition the event from in-person to online.

“The goal of the Bug Push was always to have an event where everyone in the community is able to collectively work towards one goal,” said Basile. “Now some might say that sharing a post on your Instagram story is easier than pushing a VW Beetle around the quad, but at the end of the day, the real goal is to raise awareness and donations for the SickKids Foundation.”

Additional donations were made online and through merchandise sales at RESS’ online store.

Basile said according to RESS’ records, donations have increased since this event was moved online. He believes having the ability to promote its donation portal alongside its post has increased traffic and donations.

Chris Hadfield, former astronaut, congratulated RESS on raising $5,000 through Push the Post. Hadfield said this donation is great because it will help to fund groundbreaking research and innovation in children’s health care across Canada.

Basile said Ryerson and the Ontario government will have to decide if the event can be held in-person in 2022, but he is optimistic.

“From many points on campus, you can see the SickKids research building,” he said. “For RESS, this is a constant reminder and symbol that our donations are going to the right cause.” 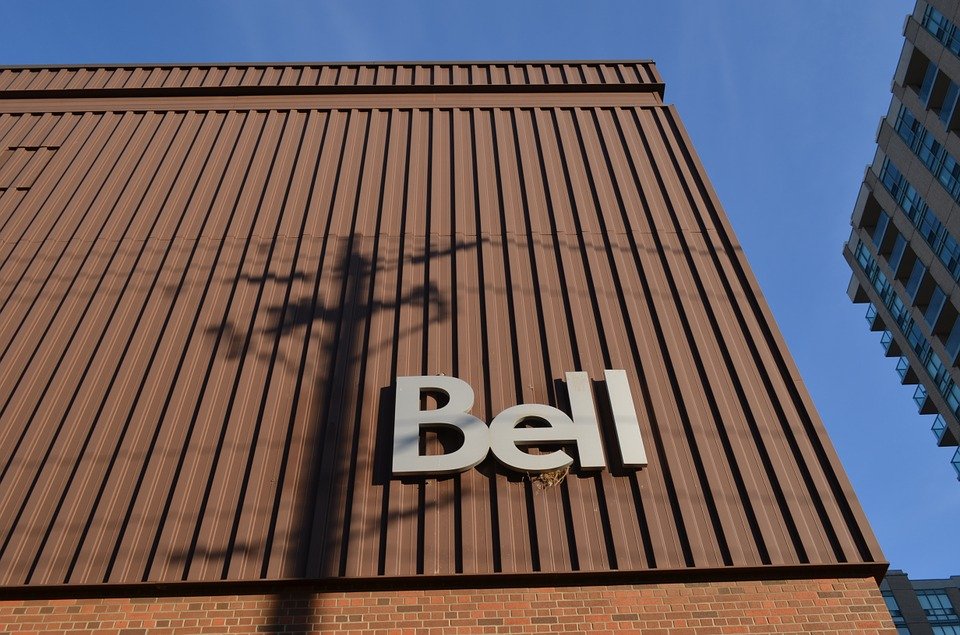 Hey Bell, we need to talk

It’s been almost a month since Bell Let’s Talk Day and I think it’s safe to say this year, the hashtag #BellLetsTalk has stuck around longer than just a day. However, the conversation has shifted away from mental health and towards the hypocrisy of the company supposedly championing it.

The first time I’d ever heard about Let’s Talk Day was back in 2014, when I was just a high school freshman spending my days being constantly bullied and belittled by classmates. I was ridiculed for everything I did, whether it was how I wore my school uniform, the way I spoke, or the latest selfie I posted on social media, primarily by people who I’d never even spoken to. It got to the point where the majority of my classmates were being told not to talk to me, including several people I’d considered friends.

I was terrified no one would want anything to do with me and there was rarely a day I didn’t find myself on the brink of a panic attack. When I finally mustered up the courage to inform the school of my anxiety, I was told I was just overreacting.

Watching as the school and several of these bullies proceeded to parade around calling themselves “mental health advocates” on Let’s Talk Day still leaves a sour taste in my mouth. I’ve now realized that Bell’s marketing is, at least partially, to blame for some of the superficial one-day advocacy that’s become synonymous with the campaign.

Bell has claimed it’s raised over $121 million towards mental health initiatives, whether it be their own initiatives like their new Bell Let’s Talk Post-Secondary Fund, awareness organizations like Jack.org, or direct funding to health-care providers. But if I could use one word to sum up the whole social media campaign, it would unfortunately be phoney.

This year’s official video sums up that phoniness best. We get to watch Michael Bublé watering plants and doing other random activities while he explains that watching him do all of this was helping raise money for mental health.

The video completely ignores the supposed purpose of this whole campaign. In what world should we be linking ending the stigma around mental health to watering plants? While mental health does exist on a spectrum, the featured message of this major campaign should actually try to showcase some of the stigma everyday people face rather than painting a rosy picture of a celebrity’s life.

A study published in 2015 by the medical journal The Lancet, found that when it comes to the medium and long-term effectiveness of anti-stigma campaigns like Let’s Talk Day, there’s “some evidence of effectiveness” for improving knowledge and attitudes, but not for actual “behavioural outcomes.”

I can’t help but think that a video of Bublé joking around and telling viewers about Bell donating money to mental health is going to change anyone’s behaviour, but it just might push them to look at purchasing Bell products for their efforts.

This messaging is something third-year Ryerson criminology student Katherine Duff sees as a “corporate slap in the face” to anyone experiencing struggles with mental health or mental illness. She says that if she could use one word to describe the whole campaign, it would be “gaslighting.”

“It’s calculated,” Duff  said. “It’s just this one day of ‘We care about you,’ ‘We want to help’ and, ‘We’re gonna raise money for you guys and in exchange all you have to do is promote us.’”

In the weeks that have followed Let’s Talk Day, Bell laid off over 200 workers in its media division, despite receiving the Canada Emergency Wage Subsidy (CEWS). This is in spite of the subsidy being designed for employers who’ve experienced a “drop in revenue” during the COVID-19 pandemic. Bell, on the other hand, generated $22.9 billion in revenue in 2020, saw a 28.9 per cent increase in net earnings, and announced a 5.1 per cent dividend increase to shareholders this financial quarter.

As a result, #BellLetsTalk continues to trend on social media but now the hashtag is being used to call out the company’s hypocrisy. A recent change.org petition is calling for an investigation into Bell Media’s improper use of a wage subsidy and for them to end the #BellLetsTalk campaign. It has received nearly 4,000 signatures in just two weeks.

To Duff, Bell’s actions just highlight the lack of “material changes” to mental health services that come from the campaign. If anything, she said she believes things have only gotten worse for those struggling with their mental health.

A 2020 report from Children’s Mental Health Ontario (CMHO) found the length of time and the number of young people and their families waiting for Ontario publicly-provided child and youth mental health care is at an all-time high.

The longest wait times are up to two and a half years, with the average wait time for counselling at 67 days and 92 days for intensive treatment.

Duff told the Ryersonian she has experienced the failures of the system first-hand. From the age of 14, she said her life has been a “revolving door” of time in psychiatric wards. Initially, she was diagnosed with depression, only for diagnoses of bipolar disorder and borderline personality disorder to follow.

Following a suicide attempt at age 15, she said her parents became desperate. A leading psychiatrist told them point blank that there was no residential treatment centre in Canada that would accept her, so her parents did something very few families can afford to do and sent her to the United States for six weeks of treatment at McLean Hospital in Boston.

There she received dialectical behaviour therapy (DBT), which teaches people how to recognize emotions that are irrational and try to provide ways to regulate them. The total cost for the treatment came to roughly $75,000 and the Ontario Health Insurance Plan (OHIP) refused to cover it.

Duff says learning DBT effectively saved her life but it still makes her upset that the only reason she was able to stay alive came down to her family’s privilege.

Here in Canada, our health care is governed by the Canada Health Act (1984), which has a mandate to “protect, promote and restore the physical and mental well-being of residents of Canada and to facilitate reasonable access to health services without financial or other barriers.”

But a 2018 report from the Canadian Mental Health Association (CMHA) found that because the Act only requires the public funding of treatments deemed to be “medically necessary” and that these treatments are most often delivered in a hospital or physician’s office. As a result, up to 80 per cent of Canadians rely on their family doctor for mental health care needs, while almost 15 per cent, or roughly 4.5 million people, don’t have a family physician, meaning they may not even have access to basic mental health care.

The report also found that most Canadians needing formal psychological treatment for mild-to-moderate mental illnesses have to pay out of pocket, or through private insurance plans. It estimated that Canadians collectively spend $950 million per year on private-practice psychotherapists, with 30 per cent paying out of pocket.

Since many of these private insurance programs will have annual limits that the CMHA report listed as typically ranging between $400 to $1,500 annually, even those who have the coverage might only be able to receive between two and eight therapy sessions before they’re also forced to pay out of pocket.

As a result mental health care has become a privilege only some can afford, and the data from the Public Health Agency of Canada supports that. Mental illness hospitalizations are 5.5 times higher amongst Canadians living in areas with lower income and education rates.

Having come from that place of privilege, Duff wants to see the Bell Let’s Talk campaign focus on services rather than simply talking about ending stigma.

While Bell says they’ve partnered with more than 1,100 organizations who have supported over four million Canadians with access to mental health services, perhaps they should shift their attention to putting a spotlight on services that are providing mental health care and informing us of what gaps need filled rather than simply sharing celebrity videos and statistics to help end the stigma.

After all, Bell listed a 2019 survey on their website that found 84 per cent of Canadians now say they are comfortable speaking with others about mental health, compared to only 42 per cent in 2012. While that’s obviously a good thing, it’s clear we need to start looking beyond that since mental health is about more than just stigma.

“Having a day of the year that that gets so much media attention is definitely a good thing, it’s just the fact it’s so empty,” she said. “The idea that we need to end the stigma, and how we’re going to talk about making a difference is a phase we’ve already sort of passed. People need treatment, they don’t just need to talk about it with their friends or family.”