Judges, lawyers and legal academics agree that a reflection of diversity is necessary in ensuring that the public is accurately understood

Diversity in the legal system leads to a greater understanding of the people it serves, according to panellists at a Ryerson law school conference.

On Saturday, the Lincoln Alexander School of Law held the LegalVoices conference virtually, the second of its kind.

Panels of lawyers, judges and legal academics discussed the importance of infusing greater levels of equity, diversity and inclusion (EDI) into the legal system, to encourage people of all backgrounds to succeed in the profession and better impact the public.

Most panellists agreed that the life experiences of those who work in law inform the ways in which they interact with the public.

Justice Lori Anne Thomas, a recently appointed judge and former president of the Canadian Association of Black Lawyers, agreed that her background affects how she performs her judicial duties.

Thomas says the experience of being a biracial woman who has faced hardships throughout her life has allowed her to “appreciate and empathize” with defendants.

She often seeks to learn more about the backgrounds of defendants, in order to know if they have been subjected to difficult circumstances throughout their lives, like the child welfare system.

In turn, she says she uses this information in her judging.

Justice Michael Tulloch echoed this sentiment, noting that judges “are not going to be culturally competent unless [they are] in tune with the society in which [they] live.”

A 2013 study by Princeton University reported that a more diverse judiciary brings in different perspectives to the bench.

Despite this, diversity in Canada’s judiciary continues to lack.

The following year, the Canadian Bar Association called on the federal government to appoint more judges of colour, stating that the bench must “reflect the diversity of the population it serves.”

This occurred in the midst of a growing number of organizations seeking EDI, which largely spawned from the racial injustice crisis that took place throughout the United States in 2020.

Nakatsuru said that a diverse bar as a whole is critical to achieving greater EDI within the field, as it is the pool from which judges are selected.

“The deeper the pool, the greater the opportunity to have diverse judges on the bench,” he said.

Achieving diversity at the top of the system must start from the bottom, meaning that greater diversity is needed at an educational level.

Jula Hughes, dean and professor at Lakehead University’s faculty of law, believes that law schools need to create sustainable and concrete change within the entirety of the system.

“It’s not enough to welcome diverse students and faculty, as long as they fit themselves into the mold,” she said.

Many Canadian law schools have been taking more definitive measures over the last few years to insert EDI into already existing courses.

Some schools, such as York University and Ryerson, have adopted mandatory Indigenous law courses.

While these are steps in the right direction, Hughes believes that there is still more to be done in terms of diversity in law and legal education, starting with personal mindsets and attitudes.

“The important step is allowing ourselves to be transformed by diversity,” she said. “That is never an easy process.” 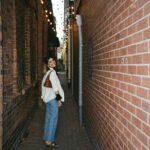