Former front-line workers and anti-vaccine protesters gathered outside of Toronto General Hospital on Monday to protest the implementation of vaccine passports — despite backlash from public health officials and hospital employees.

The Canadian Frontline Nurses (CFN), an organization founded by several former health-care workers, co-ordinated the event. According to their website, the CFN says its mission is to promote “preventative care” and “natural healing” in the current health-care system.

Firefighters and police officers also attended the protest, gathering outside Toronto General Hospital before marching to Queen’s Park to participate in what they called a “silent vigil.”

“It’s quite disturbing that anti-vaxxers are out here protesting in front of the hospital,” said Karen Maxwell, a virologist and biology associate professor at the University of Toronto.

Even with the “silent” theme of the protest, anti-vaxxers actively intimidated vaccine proponents who also attended the event, resulting in a commotion between the two opposing groups in front of the hospital.

“The health-care workers have had a really rough year and a half battling COVID-19, and it’s disrespectful,” Maxwell said. “I think we need to show support for them.”

Maxwell has spent the entirety of her professional career studying viruses and said she believes it is her duty to combat the spread of misinformation at events like this — especially in the digital age, which has accelerated the proliferation of misinformation via social media.

“It’s important for people who are pro-vaccine and scientists to be standing up and saying that the vaccines are safe,” she said, holding up a sign that read, “I believe in Science. Vaccines work.”

As of Sept. 14, 84 per cent of Ontarians aged 12 years or older have received at least one dose of a COVID-19 vaccine, and 78 per cent have received two doses.

With the recent surge of new variants, Maxwell said it is becoming clear that we need to reach above a 95 per cent vaccination rate to achieve herd immunity and safely return back to normal.

She noted there are many reasons that people may be hesitant to get vaccinated, such as those who suffer from underlying health conditions or serious allergies. Others, she said, may be lacking factual information.

“I think some people are just very nervous about the vaccine, and if people take the time to talk to [health-care professionals], they could dispel all these falsehoods, and they could, in turn, get vaccinated,” she said.

Many people at the protest refused to speak with On The Record, citing fear of losing their jobs. One of the founders of CFN, Kristen Nagle, was ‘fired with cause’ from her nursing job as reported by CBC after organizing and attending anti-mask and anti-lockdown rallies. Another founder, Sarah Choujounian, formerly a registered practical nurse, teamed up with Nagle which resulted in an investigation into both of them, according to the College of Nurses of Ontario (CNO). Choujounian claims on the CFN website to have also been fired from her position, although the CNO is not obligated to reveal the details of their investigation.

Tory stated in a press release that hospital workers “do not deserve to be harassed or intimidated,” but rather “deserve our collective thanks and should not be made the target of anti-vaccine protests and the spreading of misinformation.”

In a campaign stop in Vancouver on Monday, Liberal Leader Justin Trudeau said that he would make protesting outside of hospitals a crime if re-elected this month.

“It’s not right that the people tasked with keeping us safe and alive during this pandemic should be exposed to hatred, violence, fear and intimidation,” he said.

CFN’s first hospital protest took place at the beginning of the month at Victoria Hospital in London, Ont. Amid public scrutiny, the organization released a statement on Sept. 9 in response to the backlash.

“The mandating of medical treatment is a direct violation of autonomy and human rights,” the statement read, with the group describing its actions as an attempt to fight for fundamental freedoms, not an attack on hospitals and their workers.

Protester Sandra Brown does not believe in vaccine passports. The retired oil executive from Hamilton, Ont., believes Canada should scrap the idea, just as Denmark and Britain have.

“You have the right to choose what goes into your body,” said Brown, who says she knows several people who have had adverse reactions to the vaccine. “It’s not about a virus anymore, it’s about freedoms.”

Despite some fears around how vaccines work and adverse reactions, Maxwell encourages people who are scared to get the vaccine to speak with their doctors about being monitored when their dose is administered to ensure their own safety, or to reach out to factual, science-informed resources to get the full scope.

Urooji Khatri, a fourth-year nursing student at Ryerson University, is also tired of misinformation, and encourages people who are being influenced by uneducated family or friends to do their part by looking into the research on their own.

“Actually look into it and make a decision that is not based off your own circle,” she said.

Much like Maxwell, Khatri agrees that mandating the vaccine is the safest thing to do, especially among health-care workers who care for vulnerable people and risk their lives every day.

“Whenever the greater good is at risk, I think that should take the lead,” she said.

Between the harassment and lack of safety, Khatri is feeling not only discouraged, but fearful about her future as a nurse.

“With the rollout of the vaccine and the backlash that health-care workers are receiving, the massive influx of unvaccinated people and the amount of care that they need from me because they are unvaccinated — it has made me reconsider,” she explained. “Maybe this isn’t the happiest field to get into.” 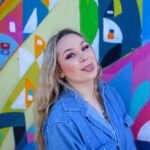 Shauna was the Managing Editor for On The Record in the fall of 2021.

Shauna was the Managing Editor for On The Record in the fall of 2021.

Social media the main source for news from the election campaign