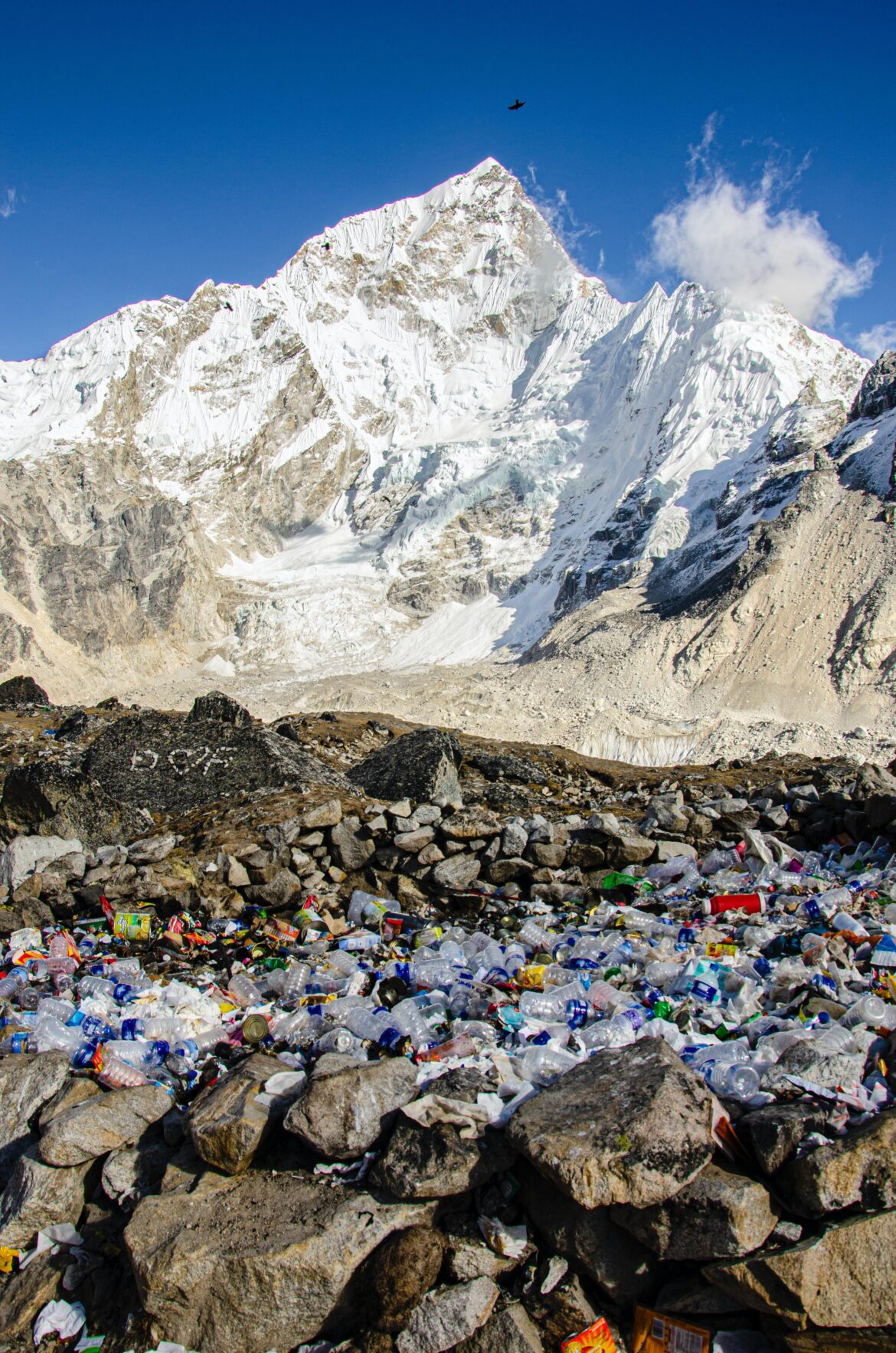 It wasn’t until sometime in the 2010s that Roxana Sühring learned about the contamination problem in Sweden’s Arctic Indigenous communities.

A high concentration of specific plastic additives was found in mothers’ milk. Because of the danger the contamination posed, mothers were asked not to breastfeed their children.

While the problem had been known long before Sühring learned of it, she realized at  that moment that this wasn’t just some research project she wanted to explore — it was a justice problem that needed to be addressed.

As an assistant professor in Ryerson’s department of chemistry and biology, Sühring studies persistent, mobile and toxic (PMT) plastic additives in urban areas.

Her research explores the exposure of these substances in the Canadian water system in an effort to understand their effects on water quality and identify which substances should be prioritized from an environmental risk point of view.

Although her background is in environmental engineering, Sühring is a scientist. “I wasn’t the person who would just be developing methods… I wanted to answer questions with that,” she said.

In addition to being a scientist, she also considers herself a city builder.

She describes cities as complex environments where an increasing number of humans live. Because of this reality, working with other city builders to understand how urban communities and natural environments influence one another is key.

“On one hand, [cities are] a huge source of different types of chemicals that we are using in our everyday life,” she said. “Be it in the clothes we wear, the products we use, or the electronic equipment we operate, cities foster many of our interactions with contaminants,” added Sühring.

“At the same time, [cities are] also a place where we can be exposed to a lot of chemicals,” she said.

And the chemicals have found their way to our water.

These chemicals are the additives in plastic that give the material certain functionalities. Sühring gives the example of flame retardants, whose chemicals help make plastics less flammable and are most often used in electronic equipment.

While these types of products are manufactured in industrial locations, “what we started finding was that both in air, but specifically in water, [there are] really high concentrations in the Canadian Arctic of certain types of these plastic additives.”

The connection between cities and our natural environment has fuelled Sühring’s research as she focuses on the specific transport pathways that enable a contaminant to move from urban production facilities or products, to people, animals and environmental systems.

When they discovered the contaminants in the Canadian Arctic, Sühring said they were unsure of how they got there, especially considering water-based contaminants were “really not something on the scientific, and definitely not regulatory, radar.”

Their research, enabled by Inuit hunters and trappers, revealed that many of the PMT additives that are used and produced in our southern latitudes, including Toronto and the U.S., were transported by water flow into these northern communities.

The worrying part is that the contaminant concentration levels in Arctic rivers are similar to what one would find in a highly industrialized urban area.

The worst part? These northern communities receive none of the benefits of these additives. They get just the potential harmful effects, says Sühring.

Since almost all plastics are water insoluble, regulation is extremely important.

One of Sühring’s students, who asked to remain anonymous, explored this gap by going through hundreds of chemicals registered for use in Canadian plastic additives.

Her goal was to identify the mobile toxic substances and investigate whether they are being removed in wastewater treatment plants.

The student discovered that, of the 200 PMT plastic additives used in high concentrations in Canada, more than half are not removed by wastewater treatment plants.

While regulating the movement of chemicals into drinking water and groundwater sources is critical, regulation around its ability to travel geographically must also be controlled.

Sühring aims to learn more about how we can inform policies and regulations to make sure we do not let contamination problems escalate, the first step being regulation.

One of the main contaminants going into landfills are plastic fibres from cigarettes. Sühring explains that they do not degrade into the environment and will never fully “disappear, they will just keep getting smaller and smaller and smaller.”

“The problem is, if you get to relatively small scales, they uptake into bodies of different animals or humans and if they are small enough, they can get through membranes, into cells and so on. And so, at this point, it gets really difficult to remove them from, for example, from wastewater treatment plants,” she says.

She adds that the majority of wastewater treatment plants have an approximate 80 per cent removal efficiency and it is much higher for PMT substances. Her recommendation is to reduce the initial use and emissions because focusing on the treatment plant to target these plastics is not efficient.

Sühring now has a contract with Environment and Climate Change Canada (ECCC) where she is actively pursuing change in legislation when it comes to PMTs.

“[ECCC] said this is something we are missing on our regularity radar. Right now, we are talking to the ministry, MECP (Ministry of the Environment, Conservation and Parks) to hopefully start setting up followup research that is grounded in truth that we find in Lake Ontario… that will spark regularity change and scrutiny for these types of substances,” she said.

Currently, Sühring is working with ECCC to forensically identify polluters based on “patterns of additives that we find in local environments related to specific types of plastic products.”

She is working with forensic chemists, polymer scientists and regulators to identify this information.

“We are trying to bridge the gap between pollution and polluter.” 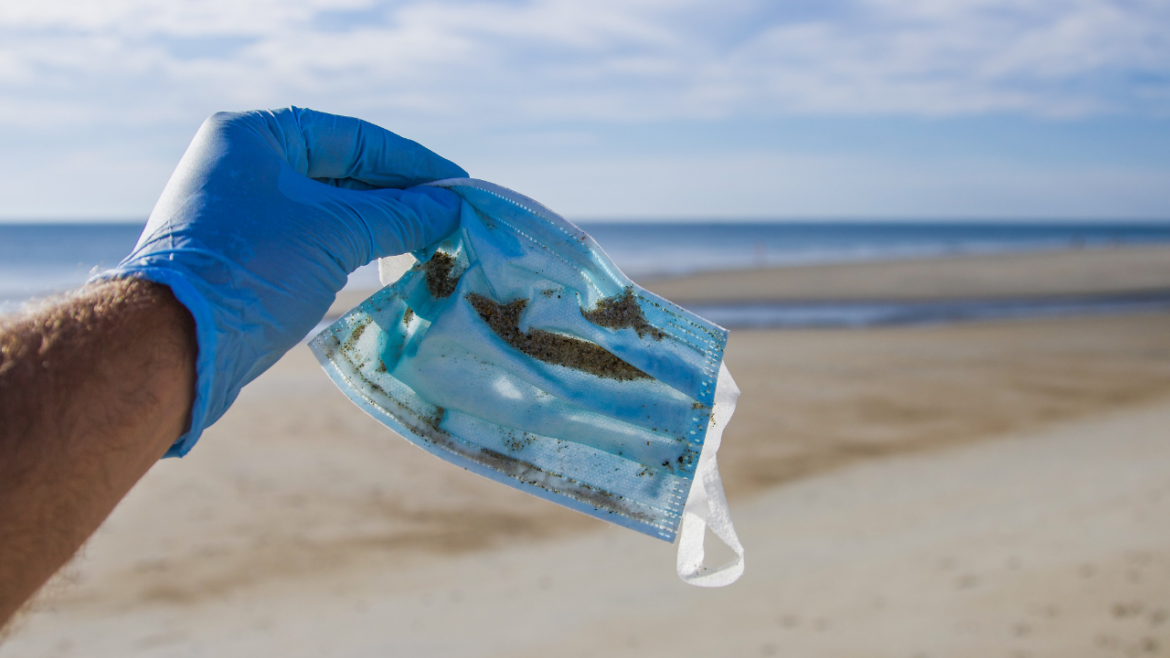 VIDEO: Plastic pollution is on the rise thanks to the pandemic. What can we do?

The description can be: Since COVID-19, plastic pollution has increased significantly in Canada because of Person Protective Equipment and single-use plastics. The International Solid Waste Association found that people are using 250 to 300 per cent more single use plastics because of the pandemic.