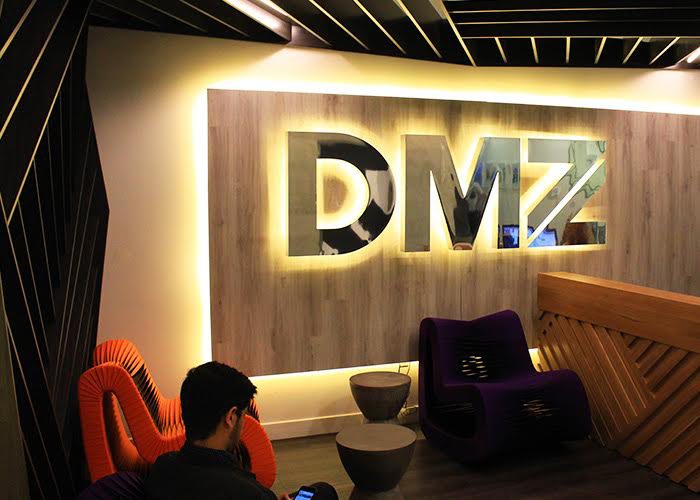 The tech-focused business incubator has played a role in the development of many successful companies.

Ryerson’s business incubator, the DMZ, hit $1 billion in total funding last week — $900 million of which was raised since 2016.

The DMZ was founded with the intention of helping startups connect with “customers, capital, experts and a community of entrepreneurs and influencers,” according to its site. It has  worked with around 500 startups.

Some of the DMZ’s top startup partners include Mejuri, Ada, and Snapcommerce, whose recent $107 million in new growth funding helped the DMZ reach the $1 billion milestone.

The DMZ’s success would not be possible without the community and people from Ryerson and the rest of their professional network, said executive director Abdullah Snobar. “We pride ourselves on putting people first.”

What started as a “student coworking space,” per Snobar, has become the top ranked tech incubator in the world, according to UBI Global.

The DMZ primarily helps  startups in the realms of financial, retail, enterprise and health tech, totalling over $700 million in these categories.

Equity has become an increasing focus for the DMZ, both the Black Innovation Programs and the Women Founders Fast Track were announced in recent years.

Snobar said the DMZ hopes to expand on these programs and to create new programs that help visible minorities who face increased barriers trying to break into the tech entrepreneurship space. 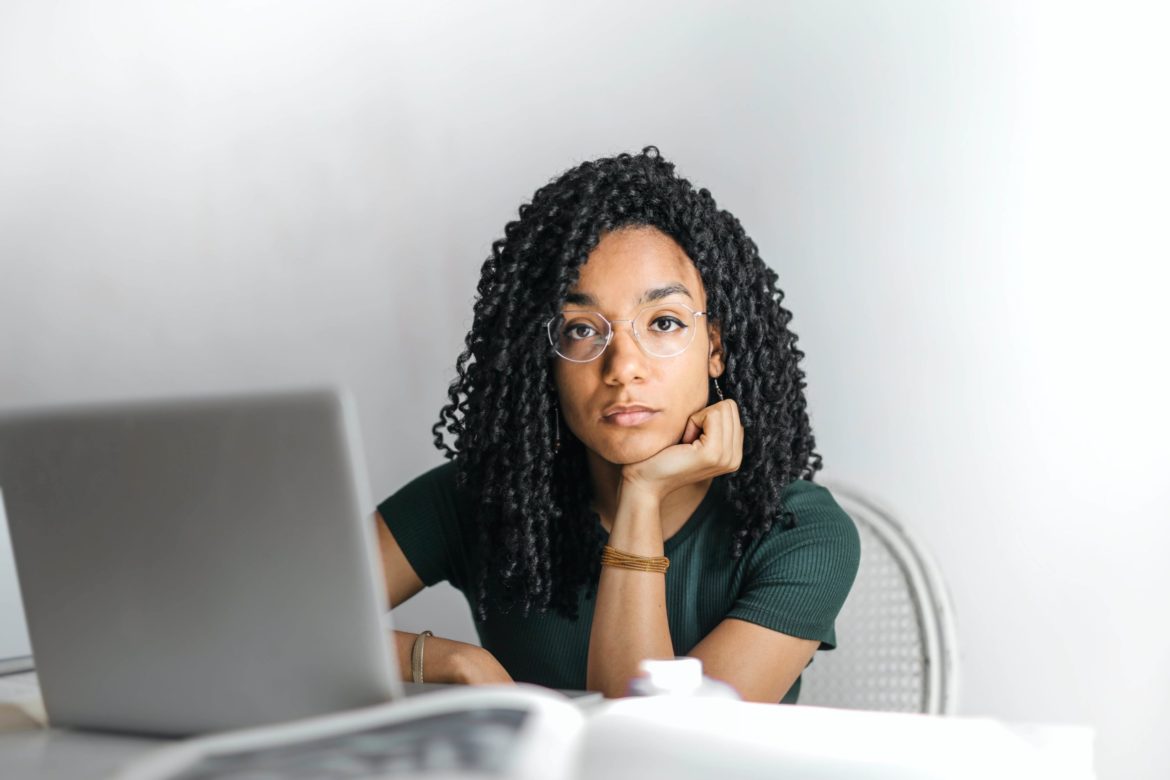 Difficulties include access to lending, venture capital, according to new report

For women entrepreneurs in Canada, accessing the funding necessary to start and grow a business can be challenging. This is especially true for high-growth firms led by women, an underrepresented and underfunded group.

High-growth firms, which are commonly referred to as scale-ups, are companies with a minimum average annualized growth of 20 per cent over the past three years and 10 or more employees. These companies are a significant source of job creation and revenue growth in Canada.

Even though 28 per cent of all Canadian entrepreneurs are women, only a small percentage of scale-up firm founders are female, according to a recent survey of 24 women entrepreneurs from across the country conducted by the Ryerson University-based Brookfield Institute for Innovation and Entrepreneurship.

Despite their success, women scale-up founders face greater barriers than men, particularly with regard to securing financing. For those who identify as racialized, the barriers are “compounded,” stated the report, titled Growing their own way: High-growth women entrepreneurs in Canada.

“We learned that these high-growth founders are no less successful than their male counterparts, but their pathways to growth often look very different,” wrote report co-author Kim de Laat, a SSHRC post-doctoral fellow at the University of Toronto’s Institute for Gender and the Economy.

The report, which was published on Oct. 27, was funded by the Women Entrepreneurship Knowledge Hub (WEKH) and co-authored by de Laat and Meghan Hellstern, Brookfield’s senior project designer.

“This research reinforces the fact that women entrepreneurs have different aspirations, experiences and needs,” said Wendy Cukier, founder of Ryerson University’s Diversity Institute and the WEKH.

“Now more than ever, we need to ensure that we recognize the importance of women entrepreneurs, in general, and those leading high-growth companies, in particular, in economic recovery,” said Cukier.

The federal government’s Innovation and Skills Plan aims to double the number of high-growth firms in Canada by 2025. In light of this, “the unique priorities and challenges of women-led firms must be addressed,” wrote de Laat and Hellstern.

Fewer than 10 per cent of Canadian firms with 100 or more employees are owned by women. This is despite a growing body of evidence that suggests diversity amongst leadership increases a company’s return on investment (ROI). A 2013 study from the U.S. even suggests that private technology firms helmed by women outperform their male counterparts, achieving a 35 per cent greater ROI. It also found that venture-backed, women-led companies net 12 per cent more in revenue than startups run by men.

“Women-led firms perform just as well if not better than male-led firms,” stated the Brookfield report.

Some experts suggest that their exclusion has serious economic repercussions, projecting that a 10 per cent increase in women-owned small to medium-sized enterprises would add $198 billion to Canada’s GDP.

“Access to capital is one of the most crucial factors in ensuring a business’s continued growth and success,” according to the Brookfield report.

For scale-up businesses in particular, access to capital is essential. For women-led scale-ups, obtaining financing can be difficult.

The report found that women tend to launch businesses with less financing than men, and typically operate with lower levels of debt and equity after the startup phase. Long-term, this often leads to a “vicious cycle” whereby future loans are more likely to be denied to women entrepreneurs “based on a lack of initial growth,” stunting future growth opportunities.

During the startup phase, many women use personal capital instead of external financing. “Compounded by continued economic inequality, this often means that women are less likely than men to have high levels of personal capital,” stated the report.

In turn, this can result in smaller businesses with less initial growth. This increased reliance on personal capital also places the burden of business failure more squarely on women entrepreneurs.

The report found that women entrepreneurs are also less likely than their male counterparts to receive funding from venture capital (VC) and other private equity sources, a field where they are also underrepresented at the leadership level.

Not interested in ‘mompreneurs’: women highlight discrimination by investors, banks

Rose Lowrey, the founder of an unidentified manufacturing and retail business based in the prairies, shared with the report’s authors a story of discrimination she had faced when attempting to access funding from the private sector.

“I was pitching to a guy who was well regarded in the angel circuit. I was a sole founder, and he said to me, ‘You know, you’re 29 years old and you’re engaged. I think you’re gonna get married and pop out a couple kids, and I’m not interested in investing in a mompreneur,’” said Lowrey.

Marcia (who was identified only by first name), the owner of an unidentified retail firm in central Canada, told the report’s authors that she had difficulty obtaining a loan for her small business from traditional banks because she was a single mother.

“The banks were terrible to work with for small business loans,” she said. “I was a single mom at the time who was just trying to get this off the ground, so not appealing to any bank. But what was frustrating for me is that they lump in your personal finances to fund the small business.

“Our business had done well for the previous few years, we’d been profitable [and] the guy was like, ‘I wouldn’t even bother applying, you’re not gonna get anything from us.’”

In order to address these issues, the report calls for funders, lenders and other financial institutions to offer more flexible financial instruments, critically assess their processes to identify and address sources of potential bias and exclusion, and track and use data to better understand the impacts of their practices on women.

“Funders and financial institutions, such as VC firms, banks, and lenders… play a vital role in enabling the flourishing of more high-growth women entrepreneurs,” stated the report.

The report also suggests a need for more research into the experiences of entrepreneurs who hold intersectional identities, and how existing government programs and policies could provide more effective support for women.