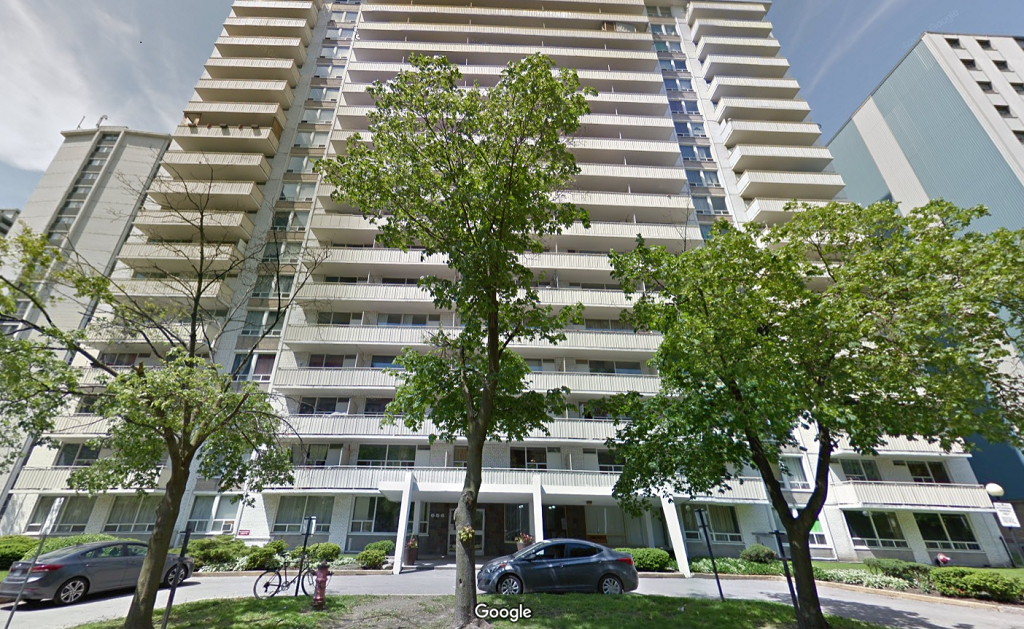 Enticed by the cheap rent and fed up with the cramped room and small windows of his previous apartment, Prashant Chauhan moved into 666 Ontario St. in 2014.

The first line: “Please avoid renting in this building.”

Chauhan, a research associate at the University of Toronto, said the building has a host of problems, including unresponsive management, water being shut off randomly and fire alarms sounding without notice.

He said that a major area of frustration is that his unit does not have a water shut-off valve. This means that if management needs to do plumbing repairs in his unit, the whole building’s main water line is shut off.

It also means that if another unit is going through plumbing repairs, his unit doesn’t get any water.

“If you want to make some repairs in your unit, there should be the option to just shut [off] the water in your room,” he said. “In order to do something, [management] has to close the main central line, so nobody will get water the whole day.”

Chauhan said he’s not sure if other units have a water shut-off valve — while his doesn’t, a friend’s unit in the same building does.

He said the apartment does put a notice up when they shut the water off, but it’s often backdated or posted with very little notice. He said that if an audit or review happens, the building “can say they did notify the tenants.”

“Like in the future, if there’s a review happening, nobody can say anything because they have the record in the system,” he said. “The person who puts up the papers also lives in the building so he can put them up anytime, whenever they like… so nobody can complain.”

When he does leave an email or review about these issues, Chauhan said the management sends a standardized reply, telling him that they will look into the issue. “And then nothing happens, nobody does anything,” he said.

“My whole purpose for writing a review is not to give a bad image of the company,” he said. “I don’t want to make it a personal issue, because they need to take care of the basic things.”

Greenwin Corp., 666 Ontario St.’s management company, did not respond to requests for comment in time for publication.

​​Students looking to rent in the neighbourhoods around Ryerson University stand a good chance of running into the same problems as Chauhan.

Apartment buildings in Ryerson’s city ward ranked 17 out of the 25 wards in RentSafeTO scores, an On the Record analysis of Toronto building evaluation data found.

RentSafeTO is a municipal bylaw enforcement program established in 2017 that evaluates Toronto apartment building conditions and scores buildings in a range of areas.

Some of the conditions RentSafeTO evaluates are elevators, security systems, exterior grounds, garbage and recycling management, heating, ventilation and more.

49 per cent of Toronto Centre properties registered in RentSafeTO scored below the average score of all Toronto buildings evaluated in the program from 2020 to 2021.

On Oct. 6, the city launched a new interactive map showing all of the RentSafeTO properties and their latest scores. It also announced a new public education campaign that will run over the next six weeks on screens in elevators in apartment buildings, the TTC and the PATH, social media and in multilingual newspapers, according to a press release.

A building’s overall evaluation score determines when the next evaluation will take place – one, two or three years – or if a full building audit is required, according to the City of Toronto website.

Building owners who own a rental apartment building with three or more storeys and 10 or more units are required to register and renew annually to RentSafeTO.

As opposed to a building evaluation, an audit consists of a more comprehensive inspection, additional enforcement action and an engagement component for tenants to submit service requests for issues in their units.

Depending on the results of the audit, the city may issue Property Standards Orders, Notice(s) of Violation or other documentation that could lead to charges being issued to the building owners.

13 Toronto Centre buildings scored between 51 and 65 and none failed the evaluation.

According to the December 2020 report, only buildings that score 50 or under are subject to a full audit, as to “prioritize audits of apartment buildings that are more likely to negatively impact quality of life and that have a greater likelihood of deficiencies.”

“There isn’t the possibility of saying, ‘You fix these deficiencies or we’ll close the building down,’” said Field. “They can give orders to fix balconies, to fix underground parking, to fix something that’s deficient, but there’s no follow-up.

Why have a program of this nature without the ability to compel landlords to do it?”

“The loop is not closed, meaning [the city] issues orders, but if the landlord doesn’t comply, there’s no sanction,” said Field. “I would either think that the city council would have the ability to order a landlord and then either assess them with heavy fines or some other enforcement issues, but they haven’t done that.”

Field suggests prospective renters go online and look up the name of their apartment, not just the address, to see if anything concerning pops up.

When visiting a building, he recommends looking at the general cleanliness and repair of the building and even talking to the current tenants living there now.

“Usually when you walk through the halls, it'll give you a pretty good idea of what the building is like there,” he said. “Is garbage in the hall? Does it smell? Does it look like they clean it every day?”

Field, who worked as a negotiator for the Ontario Public Service Employees Union for 25 years, compares young people renting their first place with getting their first job. Rather than be fixated on the price or paycheque, he says to keep in mind everything you’re getting with it.

“When you come out of Ryerson, you're looking for jobs… you're going to assess that employer, you're going to want to know what they're like and what they offer you,” he said. “It's the same thing with renting.”

He stressed the importance of reading up on tenant rights under the Residential Tenancies Act, which includes information on changes in rent increases, eviction applications and maintenance.

“I think the most important thing is for any young student to know what their rights are,” said Field.

Ryerson’s Housing & Residence Life Office lists resources on their website and hosts presentations about what to look out for in terms of safety and condition of a rental unit, as well as what students can do if landlords ignore their repair requests.

Prior to moving in, renters should take photos of the space, document pre-existing damages or maintenance issues and email those back to themselves and to the landlord as a record, according to the Ryerson Off-Campus Housing office.

“Keeping a close eye on the tenant notification board is also helpful,” a spokesperson from the Housing & Residence Life Office said in an email. “A notification board must be posted in a central location within the building and have copies of the building evaluation result, upcoming inspections, treatments and audits available.”

For Chauhan, if he passes some prospective tenants of 666 Ontario St. at the management office on his way out, he tells them his honest thoughts about the building.

“If I see somebody standing there, I will tell them what the problems are and what they might face initially,” he said. “I will try my best to talk to them.”

One thing he always tells them? “Don’t rent here.”