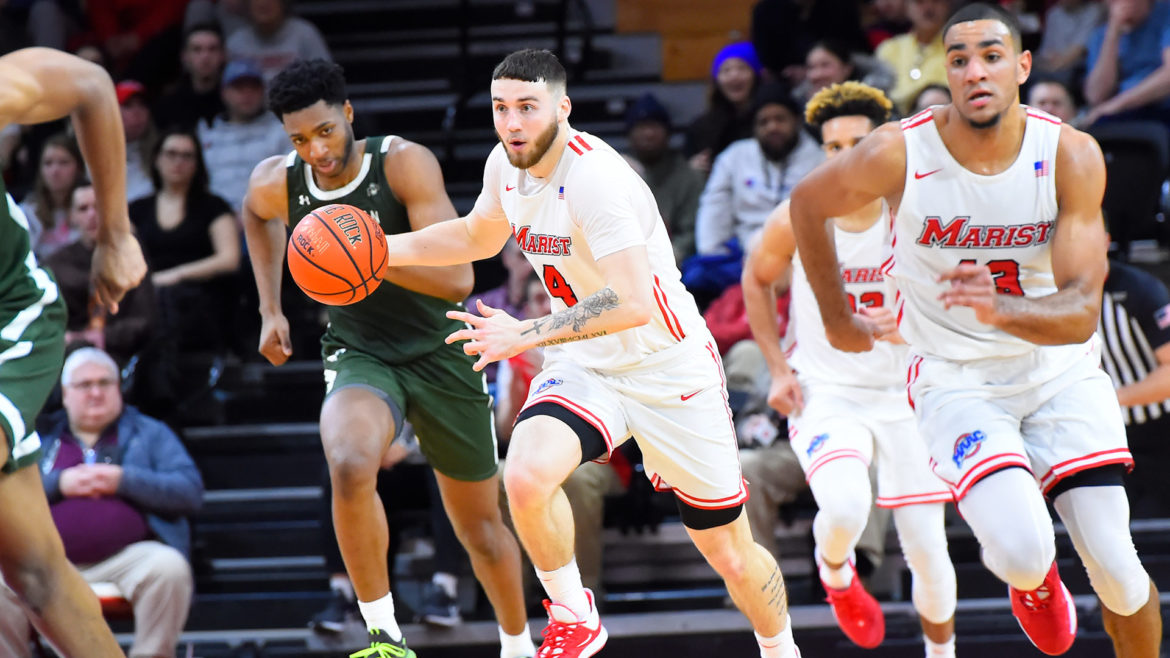 From the NCAA to Ryerson: Tyler Sagl returns home

“I wanted to stay closer to home,” said the six-foot-five guard and Burlington, Ont. native, “It’s nice to be close to family so they will be able to watch games more often.”

Sagl played for one season with the Marist College Red Foxes in the NCAA’s Division I Metro Atlantic Athletic Conference (MAAC). He averaged 8.5 points per game as a freshman, the highest among rookies in his conference.

Prior to making the jump to the NCAA, Sagl played in the Ontario Scholastic Basketball Association (OSBA). In his senior year, Sagl averaged 26 points, four assists and three rebounds for Lincoln Prep high school in Hamilton, Ont. during the 2018-2019 season.

While he joins a new environment at Ryerson, Sagl is familiar with new Rams head coach David DeAveiro, whom he said was a main reason for choosing the school. Sagl said a friend on the McGill men’s basketball team spoke highly of DeAveiro, who coached McGill for ten seasons before joining the Rams this year.

Commenting on his player profile, Sagl said he is a scorer who “can get a bucket whenever you want,” but approaches the game as a two-way guard committed to being responsible defensively as well.

Sagl is hoping that his skillset and experience in the NCAA will help the Rams finally win a national championship.

As part of Ryerson’s 2021 recruiting class, Sagl joins a contending team with championship ambitions in both the Ontario University Athletics (OUA) conference and the annual U SPORTS national tournament. The men’s team made it to the U SPORTS Final 8 from 2015 to 2019, losing in the 2017 and 2018 finals to the Carleton Ravens and the Calgary Dinos respectively.

The experiences Sagl refers to include a difficult adjustment transitioning from his Canadian high school, to moving to the US to play college basketball, balancing academics with athletics and understanding the importance of always staying game-ready.

“The work ethic, you know, it was a grind out there (Marist College), day in and day out,” he said. “In terms of basketball, it was a lot of information I had to soak up quickly.”

Sagl said the experiences taught him to treat his body properly, learn to cope with the stress as a student-athlete and stay “ready to go on the court” when the opportunity arises.

With all OUA games cancelled this season, Sagl’s approach bodes well for his mental and physical conditioning as he becomes more acquainted with new teammates and prepares to contend when games can safely resume.

In addition to having a gym he uses regularly in Burlington, Sagl is practicing with the team at the Mattamy Athletic Centre (MAC).

“I’m really excited,” he said. “With school being online, it’s not the same, but with practices, eating right and taking care of my body, I’m ready whenever a season can start.”