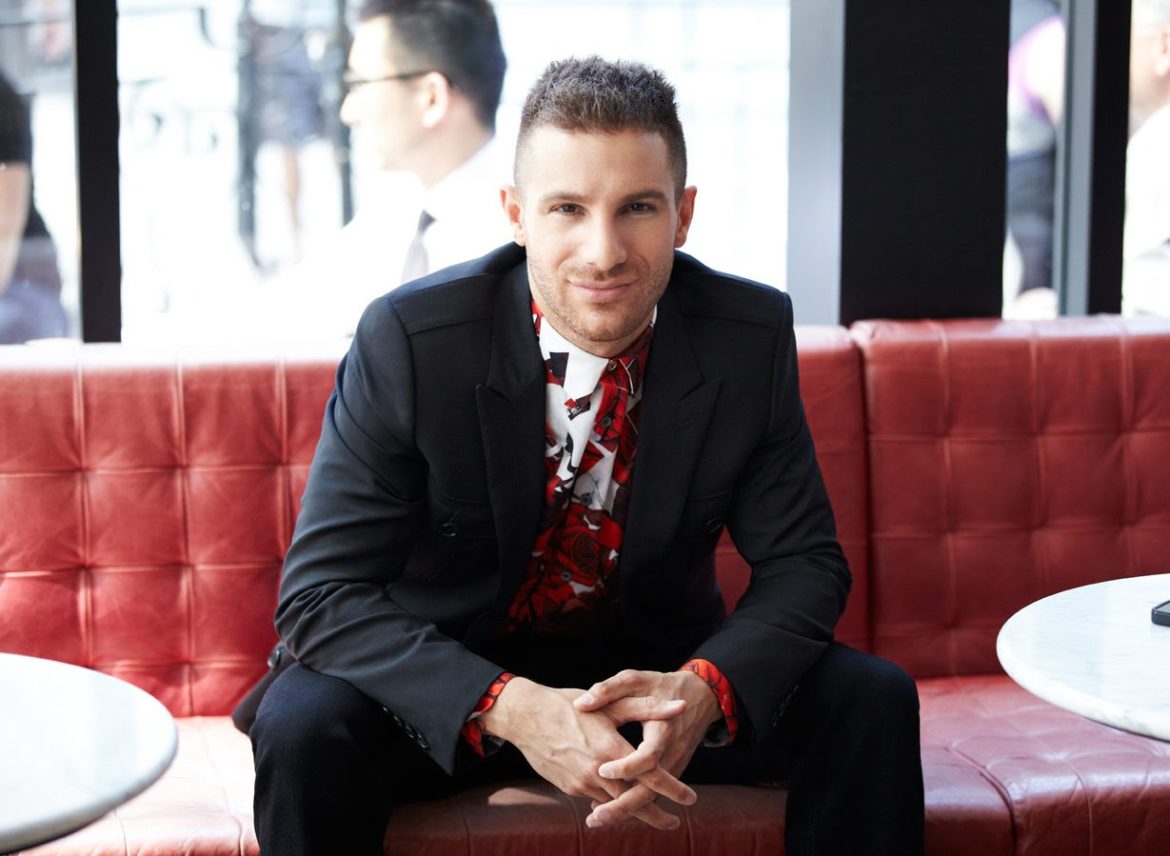 After years of teaching, Barry says he feels that he’s the one who’s learned a lot

The man responsible for spearheading inclusivity at Ryerson’s fashion school will soon be New York City-bound. Ben Barry has been appointed fashion school dean at Parsons School of Design, according to an announcement from The New School. Here is a look at the legacy he leaves behind.

When Barry began his role as an assistant professor of equity, diversity and inclusion at Ryerson University in August 2012, he said the conversations around inclusivity in the fashion industry were just beginning.

At the time, discussions were heavily focused on the inclusion of diverse models, he said, and Ryerson was one of the first fashion schools to pick up on that debate. In fact, the university had recently hosted a panel discussion about fashion diversity which Barry moderated and was covered in Global News.

“Looking specifically at models on the runway, in magazines, seeing who was included and who wasn’t, we were really beginning to challenge those representations,” Barry said.

Barry, now the chair of Ryerson fashion until July and associate professor of equity, diversity and inclusion, said understandings of the inclusion margin in fashion were narrow. However, Ryerson’s role in fostering inclusivity was evident in the fact that a position such as the one he took on had even existed.

Though expanding the need for diversity in modelling was a good starting point, the conversation of systemic change in the fashion industry became central to Barry’s teaching.

“We were having conversations around equity and inclusion that were focused on specific leverage points in the fashion system, but were not looking at how all of these points were integrated and entangled to produce a system that was inherently unjust,” Barry said.

The course disrupted the way in which fashion was taught by recentring the perspectives of western theorists and designers who had cultivated thin, ableist ideals of what was considered the “fashionable” body, continuously upholding these standards rather than critiquing and redefining them, said Barry.

Barry was able to reimagine the curriculum and exceed the limits of what fashion could be.

“Every year it got deeper in terms of the ways in which justice was being integrated,” he said. “I thought we should have sections on fat fashion, focus on Indigenous world views and fashion, but also integrate queer fashion and have deeper explorations around gender.”

Covering a multitude of important aspects that were once missing from fashion studies, the fashion theory class was, and still is, mandatory for first-year fashion students.

“I thought because it was a mandatory class that it would hopefully begin to develop a framework that could then be further explored both in theory and studio classes,” said Barry.

Reflecting on nearly nine years at Ryerson, many of Barry’s highlights were teaching and working with students who wanted to use class projects to disrupt existing fashion systems, he said.

Barry was also able to take on his own project, Refashioning Masculinity, to challenge dominant notions of masculinity in fashion, and continued breaking the mould with his research program.

However, the crowning glory among many golden moments during Barry’s time at Ryerson was his appointment as chair of the school of fashion in 2018, he said.

One of the first things Barry did with his new position was to work with students, alumni, faculty and staff to develop three guiding principles of inclusion, sustainability and decolonization — the core ethos of the school of fashion.

These principles have since been deliberately integrated into everything the fashion faculty has done, said Barry, with a space in every course outline at the school of fashion explaining how the course will address them.

As chair, Barry has also been intentional about hiring and working to diversify who is in the front of fashion classrooms at Ryerson.

Kimberly Jenkins, assistant professor of fashion studies and creator of The Fashion and Race Database, was recently hired at Ryerson, having previously taught at both Parsons School of Design and Pratt Institute in New York City. Riley Kucheran, assistant professor of design leadership and Indigenous fashion researcher, was also brought on board.

“When we talk about inclusion it’s not performative. It’s not just a tagline on our website to say that we’re inclusive, but it’s an ethos we deeply want to integrate into everything we do,” said Barry.

During Barry’s time as chair, he was also proud to oversee the establishment of a Black Fashion Students Association at Ryerson by Caron Phinney and The Beading Circle by Ryerson alumna Justine Woods.

In Barry’s final term at Ryerson, he has approved the introduction of several new courses to come, even after his departure from the school. From Indigenous craft practices to compassionate couture, these classes will explore concepts necessary to further enrich inclusive fashion education.

“I’ve learned through listening to people’s experiences and honouring their experiences, making sure that is centred in my decision making.”

He’s spent years teaching, but in the end he says he feels like the person who has learned so much.

Barry will leave Ryerson with a sense of pride and optimism, knowing that change can happen right here in Toronto at the university, despite the fact that the city is not often considered a global leader in fashion, he said.

“The fact that I was considered at Parsons is a testament to the incredible leadership that the school of fashion at Ryerson is doing around equity and inclusion,” Barry said.

“The fact that one of the biggest fashion schools in the world, in New York, looked at Ryerson and wanted much of the same transformation, energy and change that was happening because of what the community was doing is in many ways not just the legacy of me, but what the legacy of the school of fashion will be.”