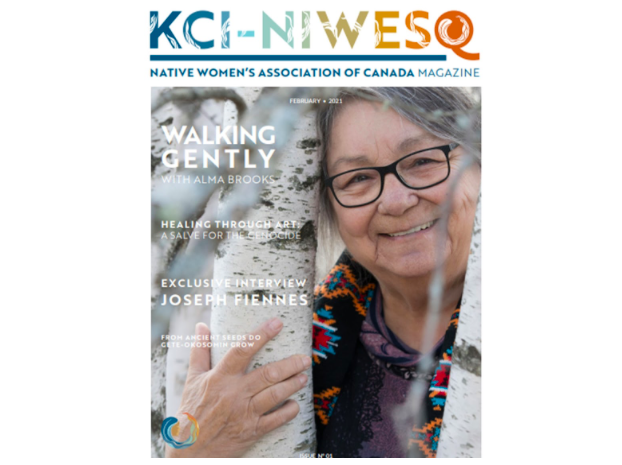 Kci-Niwesq is an online only, sharing stories of Indigenous women, girls and gender-diverse people across Canada on a monthly basis

The Native Women’s Association of Canada (NWAC) has launched a monthly online magazine called Kci-Niwesq, to share stories of Indigenous women, girls and 2SLGBTQQIA peoples across the country.

Kci-Niwesq means “the great spirit of the female side of all life and all things.” It will explore research on the challenges these communities face, in addition to taking a closer look at related programs and initiatives, while featuring interviews and stories from these individuals, according to NWAC.

NWAC is the second-largest Indigeous organization in Canada that represents First Nations, Métis and Inuit girls, women, and gender-diverse people, according to Lynne Groulx, Chief Executive Officer of NWAC and editor-in-chief of Kci-Niwesq.

The first edition of the magazine was published at the end of January. It tells the stories about Janey Michael, a Mi’Kmaq fisher, whose season has been affected by poachers and Shelley Charles, who is supporting the conservation of an Indigenous squash. The magazine also shares Rose Moses’s story of First Nations doll-making and Alma Brooks, who shares her spiritual journey.

“We recognize that many Canadians may never get the chance to sit down and talk with Indigenous women about their lives,” said Groulx. “We hope this will bridge that knowledge gap and foster understanding.”

Duncan McCue, a Annishinabe member of the Chippewas of Georgina Island First Nation in southern Ontario, is a visiting instructor at Ryerson and guest lecturer. He said this magazine is important because there is a limited number of Indigenous journalists. As a result, there is a very narrow slice of Indigenous life being represented in the mainstream media.

“We need platforms like this because there are stories that are not being told and when they are told, (it is often) through a lens that can be limiting for the range of the stories that could be told from these perspectives,” said McCue. “It is important that we give opportunities for those stories to be told.”

McCue said there are stories that surround us everyday, and it is important to create Indigenous outlets that can shape their own narrative sovereignty. Kci-Niwesq does that.

“We can give them the room they need to tell the tales in their own voice,” she said.

The Indigenous Students’ Association (ISA) at Ryerson University is a student run group that focuses on the needs of Ryerson Indigenous students and expands understanding of diversity at Ryerson.

“We should be featured in magazines, and other social media platforms as much as possible,” said Jeremie Caribou, a fourth-year politics and governance student at Ryerson. He is half Nehithew and Mohawk from Pukatawagan situated on the Mississippi (now Churchill River) in northwestern Manitoba. Caribou is the Indigenous Initiative Liasion Lead and is involved in groups at and outside the institution.

Caribou said that it is important to have these platforms to explore Indigenous agriculture, technology and contribution to society so people become aware.

Samantha Howden, is a fourth-year social work student and is the diversity and equity coordinator for the ISA. “Having a space to share who we are, and not from the perspective of something that is constantly working against us is really important,” they said. “I think it allows an avenue for exploration, information sharing and positive self image.”

This article has been updated with comments by Samantha Howden and Jeremie Caribou.