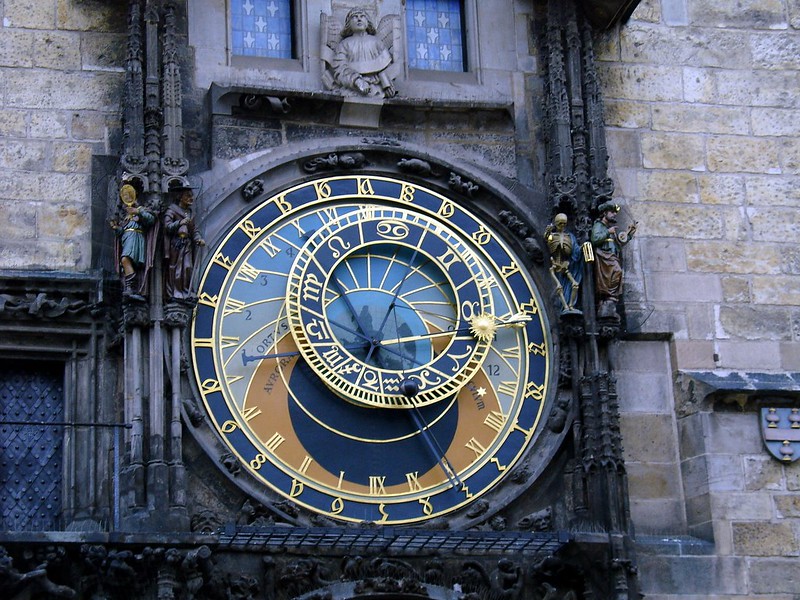 Moon transitions, Geminis and Mercury retrograde are terms that might have taken over your social media. Every day it seems like there is a new cosmic change to explain why you’re most likely going to land that job you really wanted or meet your soulmate at a work party.

Astrology’s renaissance has expanded off the pages of lifestyle magazines and newspapers to platforms like Instagram and TikTok. A new generation of young DIY astrologers has contributed to the surge in astrology practitioners through memes and social media accounts dedicated to astrology. It’s not hard to Google your birth chart and instantly get lost in the pool of dating matches based on signs and predetermined strengths and flaws. But what makes astrology so appealing for young people still remains unclear.

Astrology is a thousands-year-old practice that evolved with eastern world scientists from various cultures. They believed celestial bodies like the sun and moon exerted undeniable forces on the Earth. “From there, it’s a short series of steps to believing that the configurations of planets against the signs of the zodiac at the moment of a person’s birth will foretell an individual’s path in life,” said Conor Burns, a contract lecturer at Ryerson University who teaches the Astronomy vs. Astrology course.

“Even early on, leading scholars such as Claudius Ptolemy were careful to draw a line between natural and fatalistic astrology, and urged caution toward those who merely sought to make a buck by casting horoscopes,” said Burns. “Whether one believes that an individual’s fate is literally written in the stars or not, at the heart of astrology is a deeply philosophical and spiritual question: what, exactly, is our relationship to the cosmos around us?”

With even more new ways to tap into astrology — with apps that use data from NASA and human astrologers to create hyper-personalized horoscopes, like Astro Gold and Co-Star — it doesn’t seem like a trend that’s going away anytime soon.

An online study by Research Co. in 2019 found that one in five Canadians believes in astrology, with 30 per cent of those being aged 18 to 34.

But for many approaching the practice, it doesn’t extend beyond the personality test; it’s a way to predict the outcomes of their life or others’ behaviours, which can be useful to some in moments of crisis.

Since the start of the pandemic, more young people have expressed their struggles with anxiety and mental health, and astrology may be one of the tools that people use to help them cope through difficult times.

Sara Elise, an astrologer who practises in Toronto, has seen a surge in new clients since the start of the pandemic. She says they usually reach out to her because they have experienced a crisis in their life or are looking for a different way to connect with deeper parts of themselves.

“There are so many social pressures, so many collective expectations, rules and judgments that we’re subject to from the time of our birth,” said Elise. “It can be very complicated and confusing on this planet to try and grow up and be a human.”

She says people can tend to be drawn into spirituality to seek a better self awareness or exploration, and astrology can be a gateway for that.

“What’s the point of astrology if it’s not going to help someone understand themselves better, move ahead in their life a little bit more confidently, identify places where they get stuck or recontextualizing their life so they can be more objective?” said Elise.

According to Google Trends, searches for astrology increased near the end of 2020. At the same time, many self-titled astrologers started to build their presence online.

The hashtags #astrologytiktok and #astrology garner over 25 billion viewers on TikTok and include noteworthy names such as Meredith Grubb, a psychic who grew her clientele by doing readings that went viral on the platform.

These online horoscope predictions can range from the hardest signs to fall in love with to revealing your most toxic traits. But what happens when things go too far?

Kathleen Stewart, a psychologist at the Downtown Psychology Clinic in Toronto, says using astrology to manage anxiety is not immediately problematic unless someone relies on it to make important life decisions.

“I think a big thing is, are [you] doing things that are conflicting with [your] values? Are you starting to kind of feel like you’re living your life according to [astrology] principles and they’re actually blocking you from achieving what you want to?” said Stewart. “I think you’d want to look at whether or not it’s causing distress and impairment.”

Stewart says it’s common for those struggling with anxiety to be more likely to turn to strategies like seeking excessive reassurance from friends and family or Googling symptoms to help them cope.

“If people are struggling with anxiety, then they should try to turn to [something other than astrology]. Whether that’s therapy, or even just support from their friends, certainly reach out. Don’t feel like you have to cope with that all by yourself,” said Stewart. “It’s great to combine evidence-based treatment with things that you find helpful as well, even if they don’t have a lot of research support.”

The reliance on the US$2.1 billion industry as a tool for self-fulfilling prophecies is one of the reasons why former astrologer Liz Worth chose to quit the field and find another way to help give people the guidance they are looking for.

In her article for Refinery29, Worth wrote that she worked with a client whose confidence had declined after reading the personality traits of her astrological sign and taking it as a fixed assessment of herself.

This is one example of the ways in which the generalizations made in astrology leave no room for personal contexts.

Studies have shown that astrology can validate an individual’s sense of self — along with attributes they believe to be true to themselves — because of its accessible nature.

Elise says because the basic understanding of the 12 zodiac signs in the mainstream does not paint the whole picture for everyone, it should only serve as a starting point for how to better understand yourself.

“To really practise astrology well, you have to be able to go way beyond the surface level interpretations. You have to be able to kind of understand things holistically and intuitively,” said Elise. “It’s a perfect blend of didactic information, intuition and then the ability to communicate that to someone the way that they need to hear it so that you can be useful to them.”

For many, astrology offers a cheaper and easier alternative to finding certainty in uncertain times — especially in comparison to traditional therapy — but it can also just be for fun.

Even before the pandemic, Sarita Lovett-Doust, a wedding and event co-ordinator, says she was drawn to astrology simply as a way to improve herself and understand the ways in which other people saw her.

She initially thought that astrology was a silly practice, until she looked up her own birth chart and found that reading about the traits of her moon and sun sign resonated with her.

“I definitely understand that since I’m a Gemini, [people will] often associate that with being two-faced or fake,” says Lovett-Doust. “So rather than just kind of taking that information and being like, ‘Oh, that’s how they see me,’ it helps me kind of communicate better so people can understand me better.”

Lovett-Doust is no stranger to astrology meme accounts and horoscope pages. She loves seeing how much of the information fits with her understanding of herself, but she acknowledges that some things in astrology are not meant to be fully accurate.

Regardless of whether you got into astrology during the pandemic or are just fascinated by how well your sign describes you, a meme doesn’t determine your destiny — you define it yourself.

“I think people just like to be heard and to be seen. Not everyone can really get that message across like, this is who I am, and this is how I feel. And this is why I am the way I am, or this is why I do the things I do,” says Lovett-Doust.

“Having things like the signs that say, ‘Oh, this is an Aquarius thing. I’m not actually bossy, I’m just trying to make sure we all have a really good time and are productive with our vacation,’ or anything like that. I think it’s a really easy way to just kind of communicate with the world.”