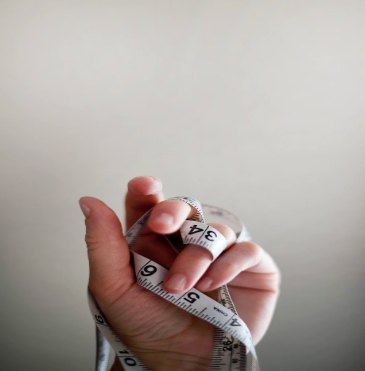 These diet trends involve unconventional eating habits, but they have provided students with some results

Ryerson University students are embracing diet trends to see if they affect their health, but following through with them for a prolonged period of time has been tricky.

Certain diet trends have been gaining popularity over the past few years. There have been documented benefits to these diets, but they might not be ideal for all people.

Keyaan Nejad, a fourth-year politics and governance student at Ryerson, went on the carnivore diet in March 2020. Nejad has been interested in how his body reacts to different foods.

“I heard of the carnivore diet shortly after I ran into a plateau in the gym and found it was becoming increasingly more difficult to tone up my body,” said Nejad. “I was also having trouble sleeping and waking up and felt my mental state was foggier than usual.”

It stems from the belief that the diets of ancient people were meat and fish, and high-carb diets have led to chronic health problems.

Shawn Baker, the CEO at MeatRX, has been the most vocal proponent of the carnivore diet. Baker has reported people who go on the carnivore diet have seen improvements in body composition, strength, performance, and endurance.

Following the carnivore diet can lead to excessive sodium intake, which has been linked to an increased risk of high blood pressure, kidney disease, and other negative health outcomes. Processed meat intake has been linked to higher rates of certain types of cancer, especially colon and rectal.

Nejad says that on his first day on the diet he did not feel different than any other day, but he was craving foods with carbs and sugary snacks. The following week saw him experience a positive difference in his overall mood, increased energy levels, improved sleep, no brain fog, and weight loss.

However, he experienced temporary hair loss. The fluctuation in his body mass index caused physical stress on his hair.

He followed the diet again in December 2020. It produced the same positive effects, but it did not provide him with enough incentive to cancel out every other food.

Tim Yoon, a fourth-year accounting and finance student at Ryerson, went on the keto diet for a few months. Yoon was hoping to lose weight and improve his metabolism.

“Within weight loss, many people find themselves in positions of plateauing,” said Yoon. “Taking the steps into trying other unconventional diets allows for some individuals that extra step they may have needed to obtain their goals.”

The keto diet is based on taking in a low amount of carbs and plenty of fats. This increase in fats puts people’s bodies in a natural metabolic state called ketosis.

The body produces ketones out of fat, using them for energy instead of carbs. The keto diet has been linked to weight loss and reduced risk for various diseases.

People who go on the keto diet can experience low blood pressure, kidney stones, constipation, nutrient deficiencies, and an increased risk of heart disease. The keto diet is strict, which can cause social isolation and disordered eating.

Yoon lost a substantial amount of weight. He attributes this weight loss to him having a lower intake of food rather than from ketosis. But he says that what sucked about this diet was he felt tired more often, especially when he was exercising.

Yoon said while he loved how he lost weight on this diet, he would not try it again because of time and cost.

“I figured that this diet method was not going to sustain me in the long run,” he said.

Nilou Deilami, a registered dietitian, says there is no specific diet students should be on. A healthy eating pattern is one that is nutritious, enjoyable, flexible, and sustainable, she says.

“A healthy diet could look different for everyone,” said Deilami. “The key to healthy eating is to include a wide variety of whole and unprocessed foods in your diet.”

Deilami recommends setting Small, Measurable, Attainable, Realistic, and Timely (SMART) goals. An example of a SMART goal would be eating one piece of fruit for breakfast every day.

“Following a healthy diet has many benefits, including increased energy levels, potential improvements in academic performance, and the prevention of chronic diseases in the future,” she said.

Nejad said people should be open to diet trends because they can be challenging and give opportunities to test limits.

“I am by no means an expert, just someone who is open to trying new things and love challenging myself,” he said. “Make your own decisions and always do plenty of research.”