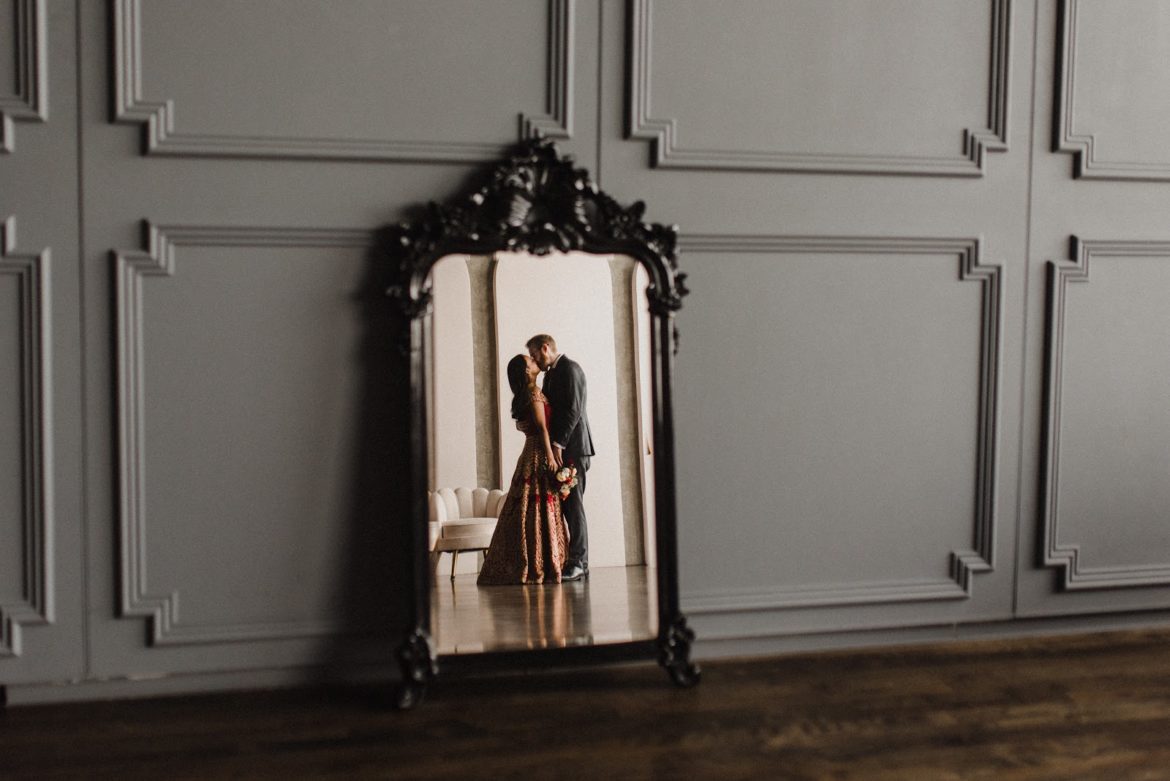 Author’s note: This story is the second of two stories that take a closer look at Toronto weddings during the pandemic.

How the pandemic has changed Toronto weddings

COVID-19 has harshly affected the wedding, event, and hospitality sectors, and driven many couples to postpone marriage.

But despite the pandemic, last fall Toronto couples planned more weddings than during previous years, according to an original analysis of Toronto marriage license data.

Lynzie Kent, a Toronto-based wedding planner, said this finding aligns with what she has seen, as last fall was extremely busy for her.

“I assume that it’s just as high simply because the minute people could get married, they did,” she said. “Second of all, I would say that it’s because people do not want to postpone getting married. Even in a pandemic, we are still going to do whatever it takes to get married because culturally, it’s just paramount to our self identity.”

The Ryersonian spoke to Kent about how COVID-19 has affected her business. We also spoke to two Toronto couples who decided to get married last fall despite the pandemic, and made sacrifices in order to do so.

Last year, Kent’s wedding planning company lost over half of its revenue

Kent is the CEO and creative director of Love by Lynzie, and the CEO and founder of the Pop-Up Chapel.

According to Kent, the average Ontario wedding costs between $30,000 and $35,000 for 100 to 150 people. However, she said, if you’re planning on getting married in an urban setting, “you’re likely starting at $45,000.” One of Kent’s companies, Love by Lynzie, facilitates these types of weddings.

Due to COVID-19, Kent said she’s had to facilitate the postponement of over 75 weddings. As a result, Love by Lynzie has lost over half of its revenue this year.

“I know many people in the industry who are now out of business, or who have had to lay off the majority of their staff. I know venues that have completely closed down.”

Kent also highlighted the added financial cost that preventive COVID-19 measures have had on the event and hospitality industry, from the price of personal protective equipment to hand sanitizer and additional staff.

“That cost is actually not reflected in what you’re earning, because not only are you doing less events, but those events are now smaller.”

The pandemic has forced many in the wedding and event industry to pivot into new spaces and create new options between large, traditional weddings and elopement.

Fortunately for Kent, her other company, Pop-Up Chapel, was well situated to capitalize during these unexpected circumstances, as it already had a COVID-friendly wedding option prior to the pandemic. Pop-Up Chapel arranges cheaper, smaller weddings for around $3,000.

“We’re an alternative to city hall,” said Kent. “We marry 10 couples in one day, one couple on the hour every hour for 10 hours straight.”

Kent said that getting married like this comes with a much lower price tag than a traditional wedding, is easier, less stressful, and produces less waste. Pop-Up Chapel’s all-inclusive packages involve a 15-minute ceremony, a 45-minute reception, a venue, an officiant, a photographer, a donation to charity, and live music.

Getting married during COVID-19 also gives couples the permission to have a smaller guest list, which Kent said many are looking for anyway. “A lot of our clients have said openly during COVID that they were only having a massive wedding because their families wanted it.”

Getting married safely during COVID-19 requires compromise and flexibility

Their wedding took place on the same date and at the same venue they had initially booked two years in advance but looked different due to the pandemic.

Rachel said they were lucky that the province began to loosen restrictions on gatherings around the time. “We said, OK, well we can follow these guidelines and work with it as long as our friends and family are OK with it.”

If they weren’t, Rachel and Angela were prepared to have a city hall wedding and host a proper celebration a year from now.

Thirty of the couple’s closest family members and friends were able to attend the hour-long in-person ceremony, which was arranged by Pop-Up Chapel. It took place indoors during a warm fall day inside Evergreen’s BMO Atrium, with the back door open for ventilation. Everyone in attendance wore a mask and socially distanced within their own bubbles. There was no dancing.

The couple was up front with their guests that they didn’t want anyone to come that felt ill or had been travelling. There were guest screening questions at the door. One of her friends streamed the ceremony via FaceTime.

Initially, they had planned to host 80 people, but in order to comply with the provincial gathering limit of 50 maximum, they cut down their guest list significantly, which decreased the cost of the wedding.

Ultimately, Rachel and Angela say that these adjustments didn’t negatively affect the quality of their experience. The couple was not surprised to learn that so many Torontonians registered to get married last fall.

“I think a lot of people are finally coming to terms with the fact that, you know, these lavish weddings, these big spectacles are really, you know, not what’s important. At the end of the day, you know, if you go to city hall, and you sign a piece of paper, and you’re married, you’re married just the same as if you spend $100,000,” said Angela.

Rachel agrees. Despite the compromises they made, they’re both glad they got married this fall.

“Is wearing a mask, or having to socially distance or not having dancing or something, are those really the things that are going to make or break the fact that you get to marry your person? “We’ve been waiting two years. Was I really willing to wait an extra year just so I could dance for 10 minutes at my wedding?”

“A little moment to ourselves after postponing and cancelling everything else”

The five-person, two-hour ceremony involved Rahman, Goldsmith, Rahman’s hair stylist and makeup artist, their photographer, and their officiant. Rahman said they were the only ones in the entire building except for the person who came to let them in.

“It was really sweet and romantic, really intimate,” said Rahman.

“We went back and forth on whether or not to do it this year, but then just decided we wanted, you know, a little moment to ourselves, after postponing and cancelling everything else,” said Rahman. “Relationship-wise, it wasn’t necessary, it was more like the cherry on top of the sundae.”

The couple initially got engaged in 2018, and spent a year and a half planning their wedding, which was initially scheduled for April 11 and supposed to include 200 guests who would fly in from all over the world. When the pandemic hit, Rahman and Goldsmith pushed the event back to October 2020 instead.

“We thought, rather than fight through the uncertainty, or put anyone that we actually love and care about and want to share this moment with at risk, we postponed.”

When it became clear these plans wouldn’t be safe, they adjusted their expectations, and their timeline.

“To be safe, we thought, well, we’d see if we could try to elope this year so that if everything goes according to plan, our big wedding party is going to be on our first anniversary,” said Rahman.

The couple currently has a big reception tentatively planned for Sept. 25, 2021, but they’re fully prepared to alter their plans again if required. “Even September 2021 seems too soon to plan something that’s going to be transatlantic,” said Rahman.

Rahman and Goldsmith were lucky that they weren’t charged any cancellation or postponement fees. All of their vendors worked with them to shift their deposits to a later date, not once but twice.

Rahman has difficulty understanding why some people are choosing to host large weddings during the pandemic.

“It’s really hard for me to put myself in the head space of someone who’s going to willingly risk their own family members, their closest friends and their neighbours, the community that they’re in.”

At the same time, she sympathizes with couples who want a positive experience during COVID-19.

“I certainly understand and can’t judge people who want just the one romantic moment out of this year, especially if you’ve been cooped up with the person that, you know, is the one that you want to spend the rest of your life with.”