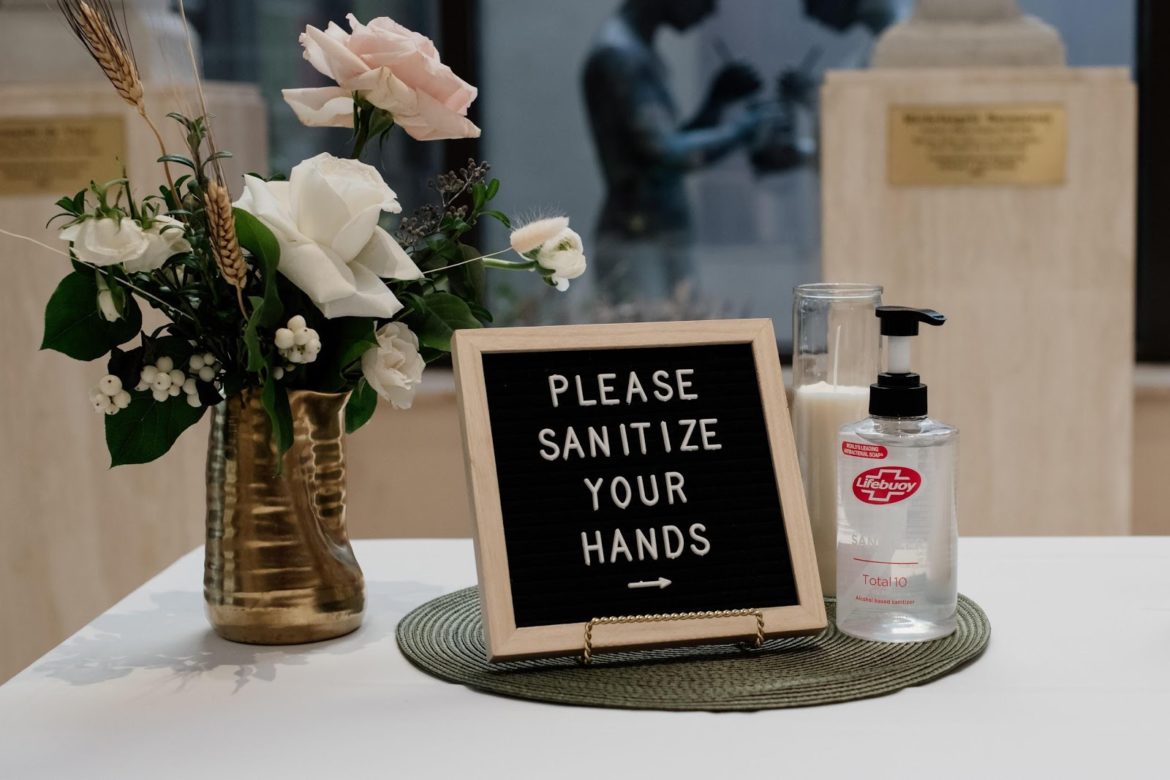 Author’s note: This story is the first of two stories that take a closer look at Toronto weddings during the pandemic

In September and October, six to seven per cent more couples registered to get married than in previous years, according to City of Toronto marriage licence data

In early October, over 100 people gathered inside a Vaughan ballroom at the Avani Event Centre to celebrate a fall wedding. The get-together later became known as a COVID-19 “super-spreader” event. Coronavirus super-spreading events are gatherings in which one person who has COVID-19 infects many other people.

Forty-nine confirmed cases of COVID-19 across eight Ontario health units have since been linked to the two-day wedding held just north of Toronto, according to a news release from York Region Public Health (YRPH). This wedding isn’t an isolated event: Toronto Public Health (TPH) said it is aware of 10 weddings in the city between the end of August and October where attendees were exposed to the coronavirus, according to data obtained by the Ryersonian. Half resulted in two or more cases of the virus. In total, these weddings are connected to 93 confirmed cases of COVID-19.

Research suggests that weddings and other large gatherings pose a significant risk for the spread of COVID-19. But despite that, last fall — amid the pandemic’s deadly second wave — Toronto couples registered to get married more frequently than in past years.

Although fewer Torontonians registered to get married last year in total, in September and October, Toronto couples planned more weddings than in previous years, according to an original analysis of Toronto marriage licence data.

A marriage licence is a legal document obtained by a couple prior to marriage. It is essentially a $145 marriage application that expires after three months. Everyone is eligible to apply for a marriage licence.

Last September, as public health restrictions began to loosen, 1,433 Toronto couples registered to get married, representing a seven per cent increase compared to the average number of registrations during that month between 2011 and 2019. In October, 1,117 got their marriage licences, a figure six per cent higher than the month’s 2011 to 2019 average.

November and December, on the other hand, saw a 14 and 52 per cent decrease in the usual number of marriage licences granted, around the time that public health restrictions began to tighten once more.

This follows a precipitous decline in marriage licences granted during the early days of the pandemic and a slight rise over the summer. In total, only 9,743 Toronto couples have registered to get married this year, compared to the usual number of approximately 15,000.

Given the lack of actual marriage statistics in Canada, marriage licence data is the closest publicly available measure of how often Torontonians are getting married.

What is well-established, however, is that large gatherings such as weddings pose a significant risk for the spread of COVID-19.

Limits on large gatherings: “Too little, too late, as usual”

A Nov. 24 study published in the scientific journal Proceedings of the National Academy of Sciences of the United States of America suggests that preventing large gatherings and limiting in-person events to 10 or fewer people could significantly reduce COVID-19 infection rates.

The mathematical analysis, conducted by Felix Wong and James Collins of the Massachusetts Institute of Technology, determined that super-spreader events have an “outsized contribution to overall transmission and should be the targets of interventions that minimize tail exposure, for instance, by preventing large gatherings of susceptible individuals or immunizing select individuals.”

Prof. Tim Sly, an epidemiologist and professor emeritus at Ryerson University’s School of Occupational and Public Health, criticized the timing and severity of the limits Toronto and Ontario have placed on indoor and outdoor gatherings, such as weddings. “It’s been too little, too late, as usual.

“They’re trying to balance this false dichotomy, simply saying, we’ve got to steer a middle path between health and the economy — and that’s completely ridiculous. You don’t steer a middle path. First of all, you control the virus.”

Compromising like this, he says, has led Toronto into its present situation, which he said is “an exponentially growing second wave.”

Sly characterized the current COVID-19 situation in Toronto as alarming. “It’s going in the wrong direction. Not only is all the data out of date… it’s still moving uphill exponentially,” he said. “Both deaths are going up as well as cases.” As a result, he thinks the city needs to “clamp down even further.”

He said he doesn’t think the marriage licence data means much on its own. “The number of licences doesn’t mean anything at all. People may decide we’ll get a private little civil ceremony and have a big party next year when everything’s safe again.”

Sly said the information derived from contact tracing is more telling: “It shows that people have simply let their guard down.”

In early August, he said, “everybody was patting themselves on the back… Then, at the end of August, it began to suddenly increase again, mainly because we were letting our guard down and people weren’t cautious enough.”

Sly says that large in-person, indoor gatherings such as birthdays and weddings have had an impact on the spread of the virus in Toronto.

He attributes this partly to the alcohol use associated with many of these events, which requires the removal of masks. “After the second or third drink you’re feeling good, you’re relaxed, you’re talking loudly, the music’s been turned on, so you get closer to people to talk, masks haven’t been put back on again.”

After investigating, TPH found that public health control measures, such as wearing masks and physical distancing, were not followed at the majority of Toronto weddings that led to the spread of COVID-19. The agency also discovered that wedding parties and guests “were not always forthcoming about wedding details during our investigations.”

As a result, Dr. Vinita Dubey, associate medical officer of health at TPH, told the Ryersonian, “There is likely an underestimation of COVID-19 cases associated with these events because individuals may not always disclose that they attended the wedding and in some instances symptomatic and/or close contacts refused to get tested.

“Throughout the pandemic, we have seen high COVID-19 case counts in our community and see transmission at weddings, despite reduced gathering sizes prior to the current lockdown,” said Dubey.

“It’s natural for people to want to be relaxed and close in situations of trust, familiarity or high emotion,” she said. “But these are the circumstances that drive risk and infection. This is why it’s so important that you think about how to limit contact with others, even when the situation is a place you want to be and with people you want to be with.”

Epidemiologist: “Don’t have a traditional wedding at this time”

Sly says having a traditional wedding during the pandemic is simply not worth the risk.

As someone who’s been married and divorced three times, Sly says he thinks it’s possible to get married safely during the pandemic. “I’ve gone the big wedding routes, many years ago, and I’ve also gone to this little civil ceremony … with four people in an office behind the city clerk’s department.

“You can get married without any problem. You just have to do it carefully, and then hold off on the party until a year down the road.”

“You can have the civil ceremony or just a small little group of people with masks on, but whatever you do, just don’t have a traditional wedding at this time. It’s just not worth it.”

METHODOLOGY: The dataset I’m using was published on Jan. 1 by Toronto’s City Clerk’s office and is current as of that day. It is updated monthly and contains summary data outlining the number of marriage licences granted in Toronto per month and year between Jan. 1, 2011 and Jan. 1, 2021. I downloaded this data from the City of Toronto’s Open Data portal on Jan. 15, 2021. I uploaded it to Google Sheets, assessed its cleanliness, tidied it up and formatted it properly, and then used the pivot tables function to analyze it in a variety of ways, and make various comparisons between when and how many marriage licences have been granted in Toronto during certain months and years. I manually calculated the per-month averages from 2011 to 2019 by taking the per-month totals and dividing them by nine (since they consist of monthly totals from nine years) and compared them to the 2020 monthly data to establish a percentage change. Data analysis conducted by Josh Scott, last updated on Jan. 29, 2021. Data downloaded from here.