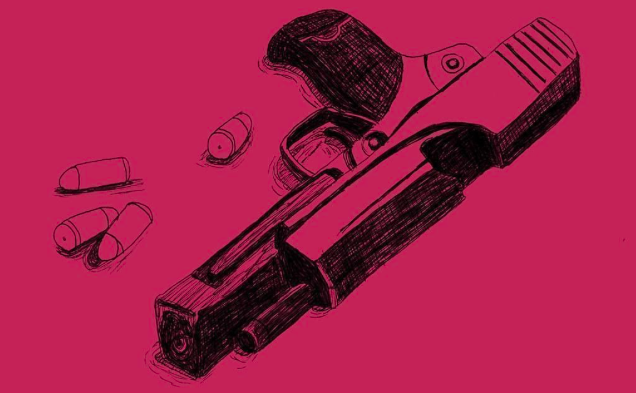 The new federal gun legislation is lacking in crucial areas, according to anti-gun activists and gun owners alike

When Heidi Rathjen was a student in 1989, she witnessed the mass shooting at École Polytechnique in Montreal, commonly known as the Montreal Massacre.

A man entered the school, shot and killed 14 women and injured 14 others.

In response to the tragedy, Rathjen and fellow student Wendy Cukier founded the Coalition for Gun Control. Their mission is to reduce gun deaths and crimes, in part by pressuring the federal government to strengthen firearm control laws.

In 1995, when the federal government introduced the Firearms Act — requiring registration and background checks for firearm ownership in Canada — Rathjen left the coalition, thinking her work was done. But when the Conservative government introduced amendments to the Firearms Act in 2012, Bill C-19 abolished the registry for any non-restricted firearms.

In the wake of these changes, Rathjen and many survivors of the Montreal Massacre returned to their advocacy work, forming Poly Se Souvient, or Poly Remembers, on a mission to prevent the weakening of gun control legislation.

When Justin Trudeau’s liberal government was re-elected, Rathjen was hopeful for the future of gun control. Their 2019 election platform said they would “ban all military style assault rifles” and “initiate a buyback program for all assault rifles legally purchased.”

Finally introduced on Feb. 16, Bill C-21 was meant to fulfil those campaign promises. But Rathjen said she feels betrayed and lied to.

While Bill C-21 does include a voluntary buyback program for all banned assault weapons, Rathjen doesn’t think the government is sincerely fulfilling its promises.

She said a mandatory buyback program would give the federal government the opportunity to start dismantling a large number of assault weapons. Instead, because the buyback is not mandatory, Bill C-21 could easily be overturned by the next Conservative government. If that were to happen,“it will cement our defeat and kill the gun control movement,” said Rathjen.

The National Firearms Association (NFA) has already advised gun owners to keep their guns and wait.

Instead of a mandatory buyback, the legislation proposes making it illegal to discharge, trade or sell assault rifles, while also imposing stricter storage regulations. People who want to retain prohibited guns will be required to get a licence to possess them and will have to register them with the government, according to Minister of Public Safety Bill Blair.

Erin O’Toole, leader of the Conservative Party of Canada, has already promised to reverse the assault weapon bans if he is elected. The NFA has also said it will work to overturn Bill C-21.

“Bills C-71 and C-21 exclusively target the rights, freedoms and property of Canadians, while doing absolutely nothing to target the real root causes or perpetrators of violence in Canada,” wrote NFA vice-president, Blair Hagen, in an email. He said their efforts are dedicated to delivering “the rights and freedoms vote” in the next federal election.

“It’s just a temporary freeze on the market of assault weapons, which can be easily reversed,” Rathjen said. “We don’t support Bill C-21 and we want the government to go back to the drawing board.”

She said she is concerned that the bill does not call for a ban on the sale of magazines that can be modified. The current laws in Canada limit cartridge capacities to five or 10 bullets, depending on the type of weapon, but retailers can sell larger cartridges with a pin inserted to limit the bullet capacity to the legal number.

“The pin can be easily removed, which is what mass shooters have done,” she said.

Bill C-21 proposes making it illegal to alter cartridges, instead of limiting the sale of easily modifiable magazines. Rathjen said increasing fines and jail times are the easiest things to do politically but a finding backed by the Supreme Court of Canada suggests that “tougher penalties do not deter crime.”

Since 2013, gun violence in Canada has been increasing steadily, with much of the violence occurring in Toronto, according to Statistics Canada.

In 2013, 141 people were injured or killed by firearms in Toronto, reported Toronto police. In 2020, that number was 217 people. Already this year, nine people in Toronto have been killed by guns.

Louis March, the founder of the Zero Gun Violence Movement in Toronto, said Bill C-21 misses the mark. “It doesn’t address the root causes of gun violence, and it’s very piecemeal and fragmented,” he said.

March said he would like to see more efforts to address the deeper causes of gun violence, especially focused on early prevention.

“Nobody is born with a gun in their hand,” he said, adding that guns used in criminal activity are typically illegal guns coming across the southern border. “Our focus must be on preventing those illegal guns from getting into the hands of young people.”

Minister Blair said that Bill C-21 includes investing heavily in border security, but there is no mention of increased border security in the bill itself.

The new legislation was also drafted without consulting the provincial and municipal governments. Stephen Warner, speaking on behalf of Solicitor General of Ontario Sylvia Jones, said that Ontario would be interested in working with the federal government on strengthening measures at the U.S. border and other legislative reforms. “Our focus is on action that makes a real impact in reducing illegal gun and gang violence,” he said.

More than half of gun-related homicides in Canada involve handguns, according to Statistics Canada. In their 2019 platform, Trudeau’s government  said it would work with provincial and territorial municipalities in order to give them the ability to further restrict or ban handguns. The new legislation, however, leaves it entirely up to municipal and provincial governments to impose any new restrictions.

“Toronto does not have the resources, including staff, to be able to effectively enforce any local ban on handguns,” said Toronto centre city councillor Kristyn Wong-Tam in a statement.

In order to reduce gun-related violence in Toronto and Canada at large, March said in addition to better policing, he would suggest education, outreach and support for youth in poverty, as well as greater support for ex-convicts looking for legal work.

Bill C-21 promises $250 million distributed over five years to municipalities and Indigenous communities to support anti-gang programming and prevention programs for youth-at-risk. Where exactly that money will go, and how it will be distributed remains to be seen.

“What I’d really like to see is the three levels of government coming together and creating a policy or legislation that they all agreed to,” said March. “That would have an impact.”